On Turning 40: Getting Older, Motherhood, and Success 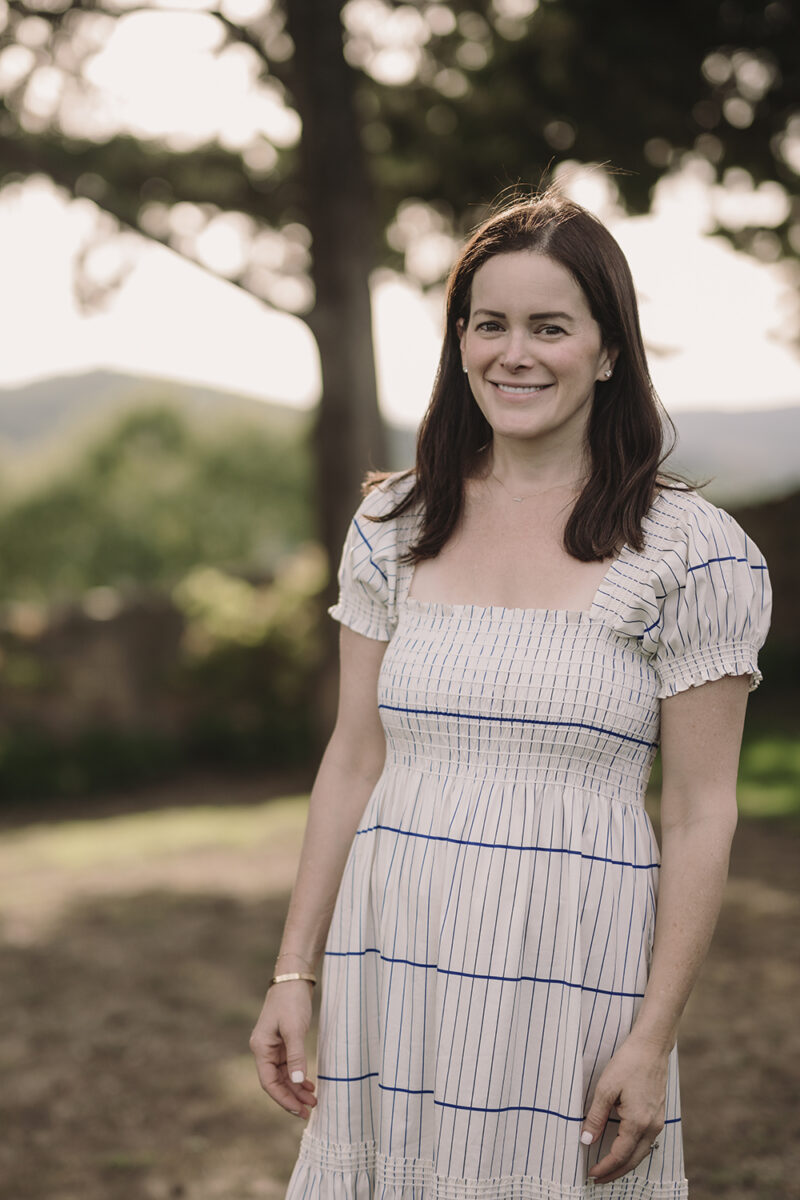 I turned 40 last month and spent some time thinking about this milestone birthday. And I hate to admit this, but I sort of dreaded the buildup. Then I turned 40 and things mostly continued as normal. Except there’s now this shift – a time of reflection – and I feel more at-peace in this new decade than I ever have before. I am not at all where I thought or “planned” on being at this stage. But (and I mean this wholeheartedly) I am so glad I did all the things I hoped I’d do “later” in life. So today, I want to talk about turning 40, the things I’ve learned along the way, and why this age isn’t the scary thing I thought it would be.

On Turning 40, Motherhood, Timelines, and Success

Years ago, I shared advice to my younger self. This is not one of those “checklist” posts on the 40 things I learned or about 40th birthday gifts. And a lot of what I’m about to share is so specific to me and what I’ve been through, but I hope pieces of it might resonate for those of you who may be struggling with where you are. With timelines and your career and all the things we worry about as we get older.

So here’s a quick recap of the last 20 years:

In my 20s, I nannied, worked in PR and entertainment, moved from Los Angeles to Chicago, started a blog, and started designing blogs. I spent almost the entirety of my 20s in a verbally abusive relationship with an actual sociopath.

Then came my 30s. I found myself single for the first time in my adult life. After I cofounded a website, my career slowly started to come together. I traveled to Europe for the first time, met my husband (on Tinder) at 32, and got married at 35. My daughters were born just months before I turned 36 and 38, years after I hoped to have children.

Then the unexpected happened.

My daughter was diagnosed with Leukemia just a few months after the pandemic started in 2020. Selling my company last year, getting through a pandemic and my toddler’s Leukemia diagnosis while caring for a newborn were all things I couldn’t have been less prepared for. That time took a major toll on my mental health. But therapy, anxiety medication (I’m on Lexapro) and making some big changes got me to a place where I am now happier than I have ever been. My girls are thriving. Treatment is over, we’re in a new house, and I am no longer glued to my computer from 9-5 the way I once was, focused on things I realized do not matter.

Going through serious health issues will change your perspective and outlook on life. They will force you to live your days the way you actually want to live them. You’ll learn what really matters. The life experience I have now isn’t exactly what I expected or planned, but I’ve grown in a way I otherwise never would have. I made changes that I would have been too afraid to make. It took a long time to get here and the road wasn’t easy. But the things I’ve been through have made family life and the little things a lot more meaningful. 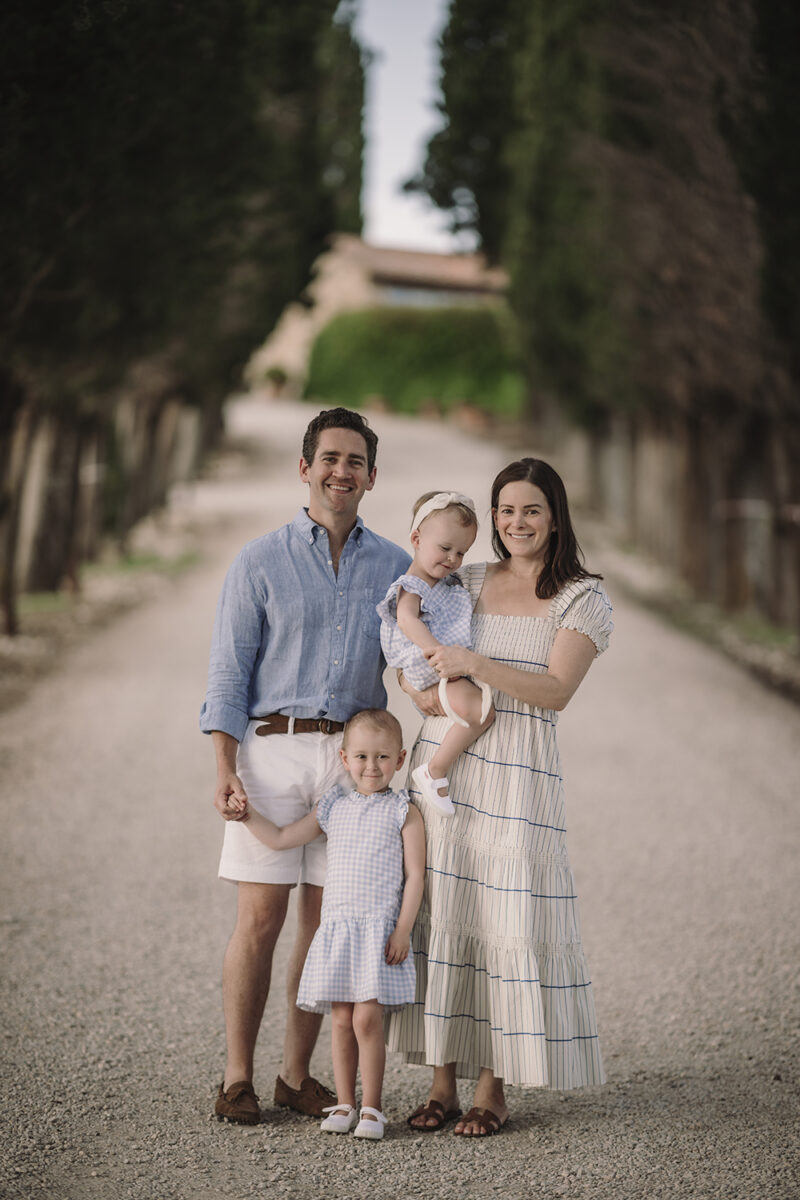 So today, I want to talk about turning 40 and some of the things I’ve learned along the way.

I was fixated on fitness. And on doing “it all.”

Going to CrossFit 4-5 days a week and a strict paleo diet wasn’t necessarily a “bad” thing, but it was too much.  put the wrong energy into it, worked round-the-clock, tore cartilage in my knee, and eventually, developed shingles from all the stress. Then there were the endless physical therapy appointments because it was just too much for my back.

I sat at the computer until 2AM most nights, working on my website, blog, and graphic design work. It wasn’t really an option since I had to pay the bills, but it was too much.

Things change when you become a parent, but I am so much less fixated on doing it all, and that’s a good thing. Could I be better about my workouts? Yes, and I will someday. But I’m a working mom with two little girls, and there’s a lot to prioritize right now. I’ve learned that there are seasons of life where things might shift a bit, and that’s ok. I still move my body and eat well. My family history includes heart disease and high blood pressure so I’ve always been mindful of that. And because I take care of myself, I happen to have low blood pressure. As I get older, I’ll continue to be mindful of this.

One of the best parts of getting older is learning who to give your time to and how to spend your days.

I know who my close friends are and how I want to spend my days. Does that mean I never do things I want to do? No, of course not. But – for the most part, I say yes to the things that feel right for me and for my family. And isn’t that what we’re all doing? Sure, it looks different from person to person, but we’re all doing what works for us.

My relationship with my family, and especially my girls, means everything to me. Looking back at the last 20 years, I wanted kids earlier than I had them because I craved those relationships. I longed for that feeling of family and home.

For years, I spent too much time fixating on my dysfunctional (manipulative and abusive) relationship with my own mother. Not only was I desperate for things to change, but I let her words and actions get to me. For the entirety of my life, I was never good enough. I was told that I’d never amount to anything and much, much worse. And I’m not sure I realized how terribly I was treated until I became a mom. My dad hasn’t been in my life since I was a teenager (and I barely saw him before that) but accepted who he was that a very long time ago.

This is where the unimaginable changed things for me.

After my daughter got sick, I did not have room to let my mom get to me. And after years and years of therapy and becoming a mom, I realized that it wasn’t my fault. There is nothing my daughters could ever say or do that would make me want to say something that might hurt their feelings. Will I make mistakes? Of course. And I have. But I’ll always apologize, and always (always) support them. I also learned that i needed to spend my days in a way that felt less stressful. I was fortunate to be in a position where I was able to shift right over to the blog I’ve had for over a decade, and so I did. It wasn’t easy, but it was the right decision.

So I did the unexpected.

Most people might not think to sell a growing company, but my daughter getting sick forced me to reevaluate everything. Success isn’t being “at the top” of something. It is happiness. How you spend your day. Knowing turning 40 was around the corner shifted things a bit, too. I’m not sure I would have done it otherwise, and can’t really imagine what my days would look or feel like now had I not. And the thing is, after all I had been through, I outgrew it. That’s not to say I was “better than” or that it didn’t matter, but it no longer served me. So I sold my half and left.

I spent years feeling stressed out and burned out.

And I was tired of working in a way that didn’t work for me. Of doing things that just didn’t feel meaningful. Being a “boss” wasn’t for me, and that’s ok. As great as the team was, I learned that I am not someone who really wants people to report to me. Sometimes, people are not meant to work together, and that’s not a bad thing. When two people have very different ideas of what leadership means and of how things should be done, it’s best that one walk away. It wasn’t the “expected” move, but it was the right one.

I learned to say no. And to set boundaries without fixation. A simple “I can’t” or “that doesn’t work for me” would have been a challenge for me years ago.  I would have explained myself to death and then stressed over the other person’s reaction.

I found a great therapist.

I’ve been in therapy on and off for much of my adult life, sometimes taking years and years off. But I found a wonderful therapist just over a year ago, and we’ve met every 1-2 weeks since. She has really helped me with treatment, boundaries, motherhood, my relationship with my mom, and relationships with others, too. Find a great therapist. It will change your life.

Earlier this year, I came up with an idea for a new company. It’s something I’m still really excited about, but after burning the candle at both ends for years, I decided to hit pause. Turning 40 changes you, and it was maybe the most grown-up decision I’ve ever made. To realize that I needed to work a little less last summer. To enjoy a post-treatment, post-pandemic life with my family. And that’s exactly what I did.

Sure, you might have a grey hair or two and a few wrinkles, but that’s not a big deal. And in fact, those things are gifts. Aging isn’t a bad thing, because the alternative would be…not getting older. My 40s feels like the start of a new life. Ultimately, I learned that I needed freedom. To do the things that are most meaningful, and to really enjoy time with my family. I wanted to travel without a laptop. I grew up. And I’m excited to be where I am in this season of life, with my family, in our new home, and with my career exactly where it is.

My Review of the Fitbit Luxe…

How to Support Someone Through Cancer…

How to Organize Your Inbox

Gift Guide for Kids: Toys and Gifts Under $25