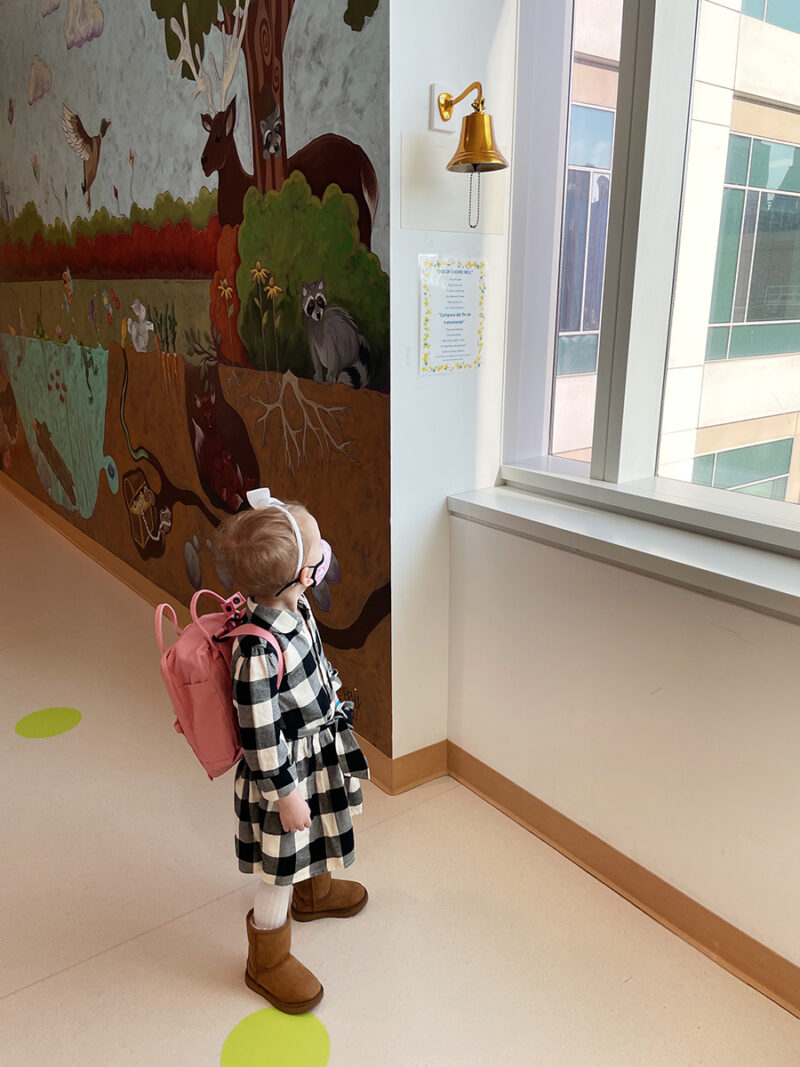 It’s been almost a year since I shared a post on what not to say to someone going through cancer treatment. In hindsight, the post should have been titled “things that are hard to hear during cancer treatment.” It wasn’t my intention to tell people what to say (or not say), but I wanted to share the things that were hard to hear with the hope of helping someone else in their grief. I’m a year and-a-half into my daughter’s Leukemia treatment. And a lot less broken than I was those first few months. So today, I want to talk about one of the most commonly used expressions people say after a cancer diagnosis, and why we should stop using it.

When you’re going through trauma, almost everyone tells you they can’t imagine what you’re going through. It’s said to express sympathy. One could justify continuing to say this because there’s good intention behind it, but it’s generally not helpful. Well intentioned? Kind? Of course. We know everyone means well, but what we hear is “what you’re going through is so horrible that I cannot and do not want to imagine it.” I understand it’s so terrible that you don’t want to imagine it, but you can. Just try. I have to believe that as human beings, we are empathetic enough to be able to imagine how hard it must be.

Just try. Try to imagine it. Imagination is a bridge of empathy.

I can’t speak for all parents in my position, but I have spoken to dozens and dozens of mothers and women dealing with grief, and “I can’t imagine” is not usually helpful. Those words can make us feel alone in our pain. The first few months after diagnosis, every time I heard these words, it really hurt. These days, I can brush it off. But I’d like to help you better support someone going through something difficult and help someone best support you should you need it someday.

So why do we keep saying it?

I have no idea why we keep using a commonly-used, well intentioned phrase that isn’t actually helpful. But the good news is that it’s actually a really simple fix. Just change one word!

Try “I can imagine” or “I can only imagine”

Unlike “I can’t imagine” telling someone you can imagine what they’re going through shows empathy. You’re acknowledging that you don’t know how hard it is, but that you can imagine it. You don’t need to know how they feel to empathize.

I don’t know what you’re going through, but I’m here for you.

I hate this for you.

I am so sorry you’re going through this.

Every few weeks, I hear from a parent in the early stages of a childhood cancer diagnosis. I almost always tell them that even though I’ve been through the same thing, I don’t know exactly how they feel. The reality is that we all process things differently. So I know how hard it was for me, but I don’t know how it feels for them. I am in a unique situation that I understand the pain of going through it, but also understand the desperation to want to make it better for someone who is going through it.

We can also do better than “I don’t know how you do it” and “you’re so strong” because while those are also well-intentioned, they’re also not very helpful. We do it because we have to. What are our options? When these things are said to someone who is going trauma, we hear “better you than me” which we know isn’t what is being said, but that’s how it feels.

If you’ve said any of these things to someone (or to me) that is ok! It was said with love, kindness, and empathy. We all know that. I’m sharing this because if just one person can better support someone going through a hard time, it will be worth it. Let’s do better.