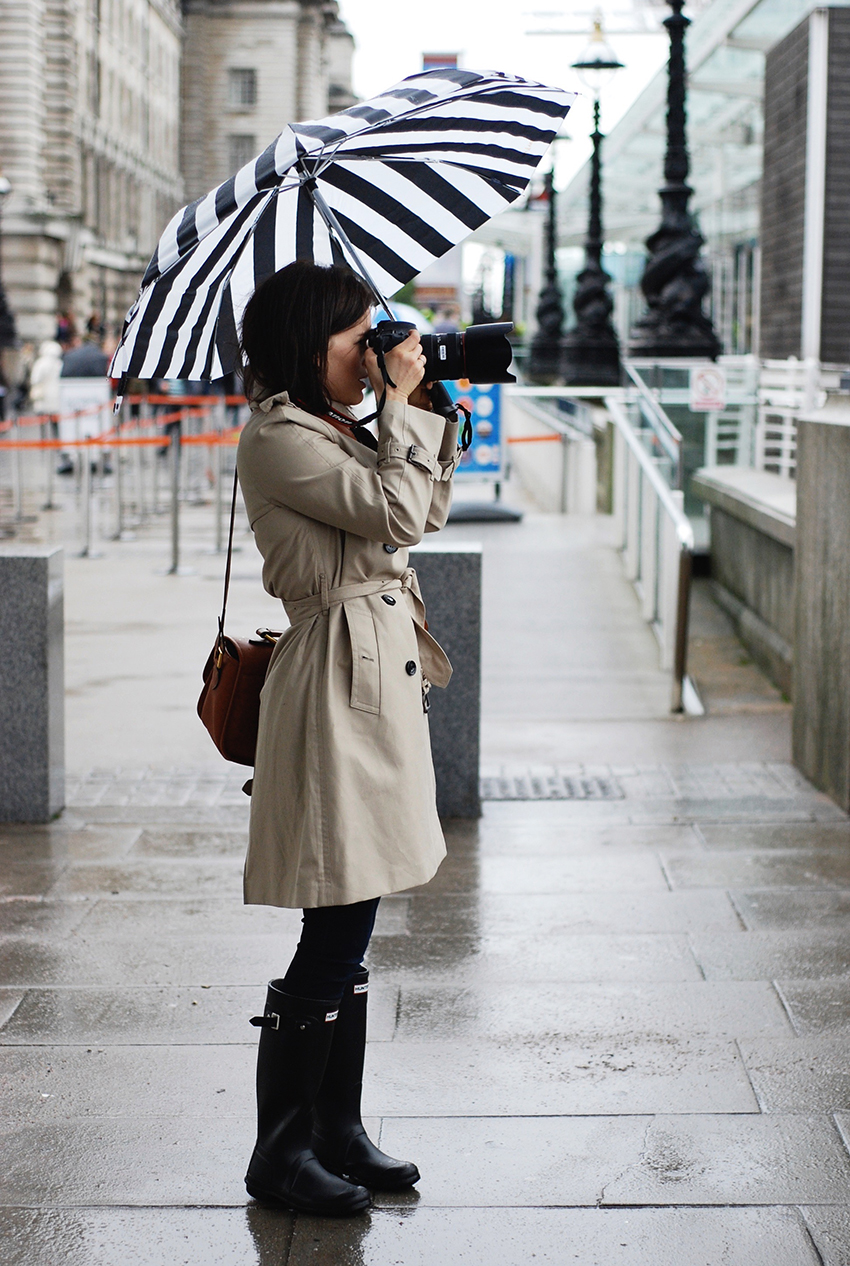 I spent most of my twenties and thirties worrying. I worried about being enough. About not being enough and about what others thought of me. I worried way too much about things that were completely out of my control. And about the little things, too. It was only a few years ago that not keeping up with instagram messages was a huge source of anxiety because I didn’t want to let anyone down. 😵‍💫 My late thirties brought a huge shift. A strong need for self care, not giving a sh*t what others think (that doesn’t mean I don’t care about other people, so read on), and the ability to say no without hesitation.

This year, I’ll turn an age I feared for most of my 30s (yes, 40, and no, I can’t believe it, either). Now that I’m here, it feels good. It is, like so many things I worried about, not at all the thing I built it up to be. It’s the start of a new decade, and I’m a much happier, stronger, better version of myself. I wish I could sit down with the newly 31-year-old in the photo above. She was in Europe for the first time, taking it all in, and had so much living to do.

Coming from a toxic family dynamic, having dated the wrong guy for most of her 20s, and lacking the confidence to do almost anything on her own. My thirties will come to an end this September, so I want to share the things I wish I knew in my twenties and really, most of my thirties, too. There’s the very obvious knowing nothing good happens after midnight (why did I used to stay out past 2AM?) and that shots are stupid (do you need that much alcohol that quickly?) but I have a few more meaningful lessons, too. Here’s what I wish I could tell this girl in the photo.

Stop caring about what other people think

Most of us desire to be accepted and liked, but the reality is that you can’t please everyone. This holds especially true when you follow your own path and it’s more prevalent with social media. Other people’s opinions of you mean far less than how you see yourself. If someone takes the time to say something unkind to you, it says far more about them than it does you – so learn to let the negativity go. This goes both ways. If someone tells you how wonderful they think you are, that’s nice to hear, but their statements reflect how they feel about you. Everyone in the world could think you’re so kind and smart and wonderful, but what matters most, is how you see yourself.

It took years and years to get here, but knowing what others think doesn’t matter, disengaging from those who are unkind, and practicing self-care are some of the best things I ever did for myself. I do not seek validation in the form of other people’s opinions. I lead with kindness, treat people well, and am honest – don’t be afraid to speak your mind.

This took years (and a lot of therapy) but learning to create healthy boundaries was one of the best things I ever did for my anxiety. I’d like to into this a bit more soon, because it is something that has continued to shift for me (in a good way). Boundaries don’t have to be a strict set of rules, but some can be. In the end, It’s about knowing what you need and making those needs a priority for your mental health. Maybe it’s an hour of alone time or more screen-free time. Or learning to just say “no” or “no, thank you” without a long-winded explanation because the thought of disappointing someone made me feel like a terrible person took time.

Maybe it’s disengaging with certain people, controlling how you see or talk to a family member who isn’t especially kind, or not being accessible all the time. Creating some ground-rules for yourself and your relationships. Confidence and knowing my own worth played a huge role in my ability to create and stick to boundaries.

Being confident can be hard – it took me a very long time to get there. I’m still not super-confident, but I am confident in the decisions that I make for myself and my family, and what I put out into the world. Less than a decade ago, I would text friends before making a purchase. Finding your personal style is hard (believe me, I get that) but it wasn’t that I didn’t know what I liked – it was that I didn’t value my own opinion, and honestly, I didn’t love myself enough to make those decisions on my own. I didn’t know who I was yet and thought I didn’t know what did or didn’t work.

Confidence goes far beyond clothes. Confidence, or a lack thereof, can be a huge issue in relationships and at work, especially if you work for or with anyone who doesn’t value your opinion or is hyper-critical of others. If you have an idea, share it with confidence. If you love something, own that. Stop comparing yourself to others. You deserve so much more than that.

This was a big one for me. I spent way too much time worrying about things that were, in one way or another, out of my control. I had this plan to get married at 28 and have a baby at 30 – and went so far as to build a narrative that life would be over if those things did not happen. And I tried so hard to plan our wedding before my 35th birthday just to what…make a point? Check a box? There wasn’t a way to make it work, and we got married about a month after I turned 35. Looking back, I can’t believe I cared about that. I became a mom right before I turned 36 and again before turning 39. And guess what? My life did not end.

Doing these things later than I had planned meant that I was able to live. I grew and sold a company, traveled, and didn’t settle on the wrong guy. We put way too much pressure on ourselves to do these things that we think will complete us, and put way too much weight on checking certain boxes. And as much as I love my family, I still have wants, needs, and aspirations.  Focus on the things you can control. Work hard, surround yourself with good people. The rest will fall into place when and how it should.

Friends will come and go

This might come as a shock to you, but you actually haven’t met some of your closest friends yet. You will also grow apart from some of the people you think are your closest friends. Friendships are complex, and a “lost” friendship can be as painful as a breakup. I didn’t really understand that things would shift in my late 30s, but realized that it’s not a matter of losing friendships as much as it’s about finding out who the good ones are. My friend Dr. Miriam Kirmayer is an expert on the subject, so if you’re struggling with friendships like so many of us are right now, she’s a great one to follow.

Holding on to anger and grudges won’t get you anywhere. Will this matter in a few months or years? If not, let it go. And if it will, find a great therapist, and work on it. You’ll make mistakes, say the wrong thing, and do the wrong thing – and that’s ok. Wasting your precious energy dwelling on the things you cannot control will not help you.

Live in the moment

I can’t believe I’m going to quote Daniel Tiger 🤓but there’s a song called “enjoy the wow that’s happening now” and that really is something we should channel. There were times I was hyper-focused on what I hadn’t done or wasn’t doing yet, and I missed out on what was right in front of me. Or times, like now, when we’re in this strange in-between (isolation and winter are not fun) and we find ourselves longing for what’s next. But there’s so much good right now, so it’s ok to long for something else, but don’t forget the good that’s right in front of you. There were times I hated living alone and others when I really embraced it.

There was one summer I took off dating to focus on myself and my friends, and it was one of the best summers I ever had. I’m so glad I did that, but wish I had embraced where I was – the mess and all. Go out late, watch a favorite show all weekend, buy the handbag (save up for it first!), make the big move (I moved from LA to Chicago), book that trip, and sleep in! It’s just about you, so now’s your chance to be a little selfish.

It’s never too late to make a change

Your career doesn’t have to be your purpose. With all we’ve been through the last (almost) two years, I made some big changes. I walked away from a job I couldn’t go back to and found so much peace in that decision.  I really enjoy blogging but am experiencing some social media burnout, and I’m starting to think about next steps. That might have scared me in my 20s or 30s, but thinking about what’s next feels exciting. Your career can be something you enjoy, but doesn’t have to be everything. Figure out what makes you tick – find the thing that drives you and motivates you, and know that it’s never too late for a change.

When Women Support Other Women (and…

How to Support Someone Through Cancer…

20 Paleo Recipes to Make This…

Travel Essentials for a Long Flight