Tips for How To Travel On a Budget 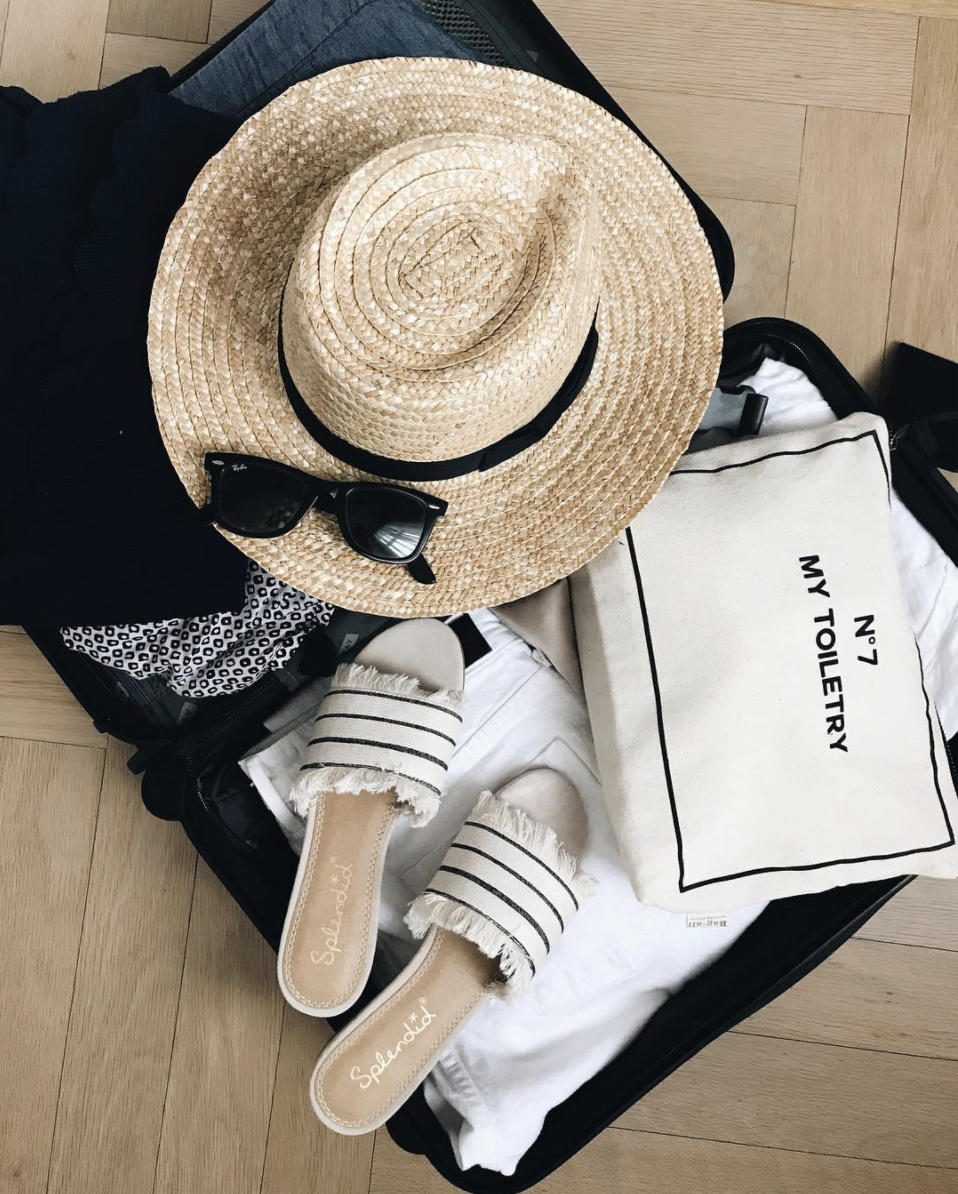 I always wanted to travel but a minor (ok severe) fear of flying kept me grounded for most of my 20s, until I moved from LA to Chicago. I finally made it to Europe a month after my 31st birthday, and have back a handful of times since, ad to South America, and quite a few states in the US, too. If I’ve learned anything over the past few years, 1. don’t overpack and 2. transportation, food, and hotels don’t have to cost a fortune – there are so many ways to make traveling more affordable. If it’s been one of your goals to see the world, make 2018 the year you finally start exploring. Here’s how I make it work. Here’s how to travel on a budget.

I visited Chicago, NYC, Seattle/Portland, SF, and Europe with friends, and have traveled a lot with Conor the past few years. Find a friend, sibling, or partner to split hotel and transportation costs with. It’s also so much more fun to share the experience with someone!  When we visited The Hamptons (a place I never thought I could afford to visit) this past summer, Conor and I shared a hotel room with his sister. Things were a little tight, but we had a blast and only paid $100 per person per night.

I have Airbnb’d in Rome and Paris (twice) and in a few cities in the states, too. It’s such a fun, easy, and affordable way to experience new destinations. If your home allows it, put your place in Airbnb while you’re away to offset daily traveling costs.

I stayed on Conor’s sister’s sofa in NYC, in my friend’s daughter’s room in Santa Barbara, a friend’s sofa in San Francisco, and paid $95 / night to stay in a guest apartment in my friend’s building in LA last year. I highly recommend going this route, but plan on either reciprocating, giving your host a gift, or treating them to dinner.

Find budget-friendly ways to get around

It was recommended that we hire a driver to get everywhere in Italy but the costs were ridiculous, so we took a bus to Ravello for 5€ instead of a car for 65€. We also took a ferry to Sorrento for 20€ round-trip instead of hiring a driver for well over 100€ each way. In the end, the ferry took about 15 minutes longer and saved us a lot of money. Always look into walking, biking, and public transit.

This is something I will basically always do forever. Copenhagen was freezing in December, but it was also really festive for Christmas and a lot cheaper than summer months. Lisbon weather was cooler in March so we weren’t laying out, but we had perfect walking weather and hotels and flights were so cheap. Positano prices were a bit lower in October since summer is peak travel time. It was still warm enough to lay out, less crowded, and we saved a lot of money.

Use points to book tickets

Conor had points with his Amex that we used to buy one of our $800 tickets to France. We then split the cost of the other $800 ticket, so the two of us traveled round-trip to Europe for $400 / each.

Copenhagen was on a list of places we wanted to visit, but it was a flight deal alert that inspired us to book the trip. The temps were freezing but we paid $350 round-trip per person. The Hitlist app and Scott’s cheap flights email are two I recommend following.

What to See and Do in…

Traveling With a Baby Under One…

Winter Travel Essentials for a Long…