Conversations With My Great Aunt Rose 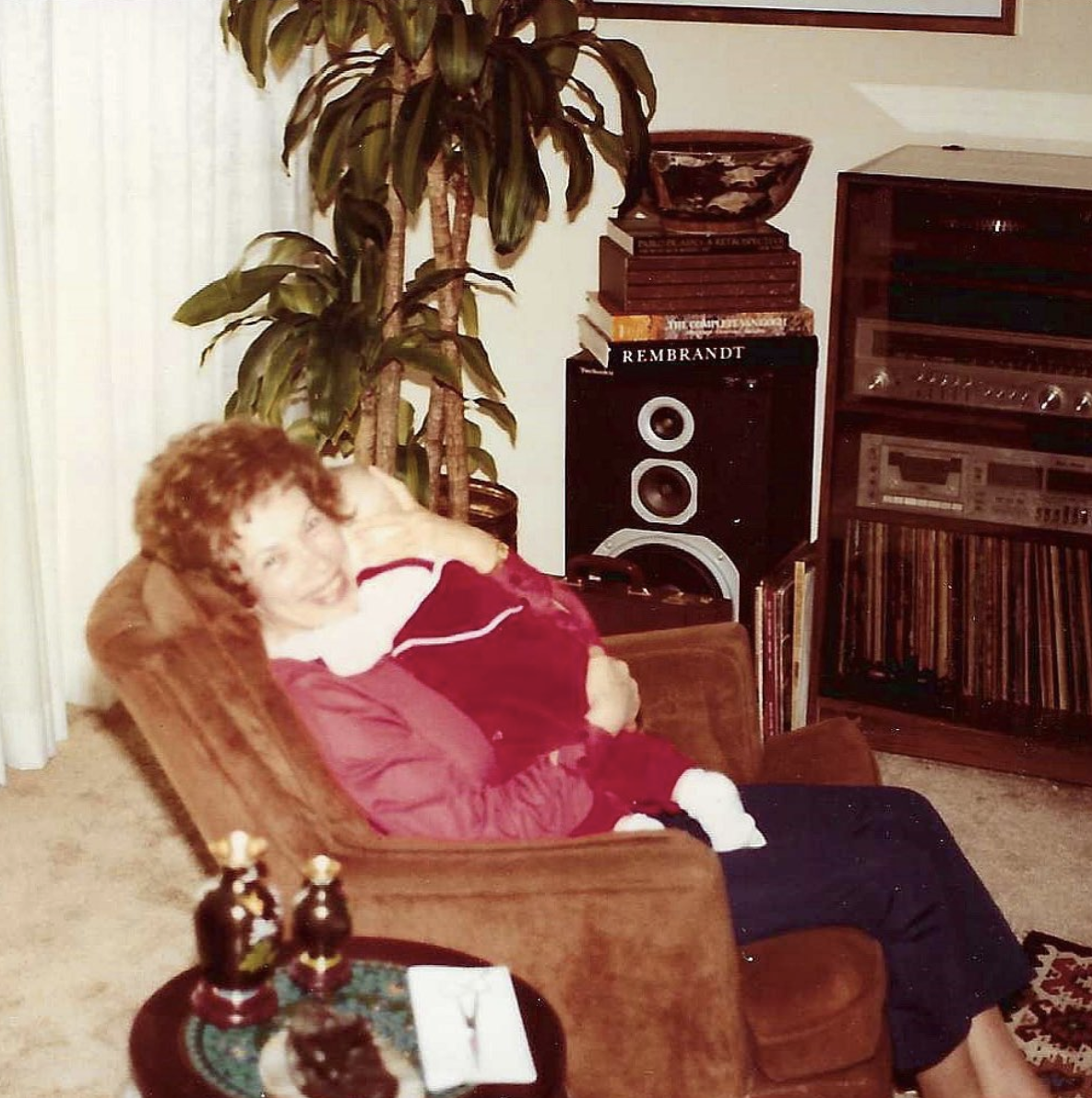 My great aunt Rose has always been one of my favorite people – and she has made such an impact on the person I’ve become. She was my grandmother’s older sister and never married or had children, so I was basically her granddaughter, and for some reason, I was her favorite. And she was always happy to admit it. Both the oldest of three girls, we had a bond I can’t quite explain, so special that I named a coffee table and sofa collection, and eventually, my daughter, Margot Rose, after her.

Conversations With My Great Aunt Rose

My mom, Jess, and I took a trip to Target today. After Target, we went to pick up my 91 year old great aunt Rose to have a BBQ and watch the Laker game at my mom’s house. I called Rose on my cell to ask her if she could be ready in five minutes. She said no. I asked if seven minutes would be ok and she said yes. I was kidding, but it worked.

She got in the car and said “I wasn’t dressed because I had a little bit of a calamity. The calamity was that I was in the kitchen and had to boil water. I had a certain dish and all of a sudden the dish exploded.”

My mom: Is it ceramic?
Rose: I don’t know. I’ll find out what ceramic is.
Jess: Don’t you have a tea kettle?
Rose: The tea kettle is another calamity.

We get to the house and sit down in the living room. I went and got my iPad so I could show it to Rose.

Flipped over the iPad and showed her a clip of The Holiday. Her reply?
Her lips are moving. You aren’t pushing any buttons.

A few other funny statements:
Is Joe expected early? Because I didn’t wear a bra.

This fellow that lived next door came to see me and we had a long conversation.

Me: Happy Birthday!
Rose: Thank you! Who is this?
Me: Danielle.
Rose: I’m glad you got around to calling. It’s my birthday. Rose loves DWTS, and Grey’s Anatomy. I do not watch DWTS so we cannot discuss it. But — I was all about getting her prepped for the Grey’s finale. Once that airs, I need to devote a post to my shows. Between Gossip Girl and Bros & Sisters, I feel like I’ve lost a piece of my heart. So much to discuss. Annnnnd — I saw the first 10 min of Grey’s on Perez. There was some serious overreacting over here. Lots of gasping. Loud gasping.

Anyway! I was filling Rose in on a few things, and it turns out she had no idea that Derek and Meredith were married and didn’t know that George left the show. I told her he left and she was sure that he came back. And in her defense, Mer and Der never had a real wedding. They got married on a post-it. Weird, right?

Rose: There’s another one. I think she’s Asian. She likes the black man.
Me: Yes, Cristina is Asian and she did like Burke. But he left a few years ago.
Rose: I think he left because he had trouble with the small one.
Me: George?
Rose: No. The man that is shorter than everyone else.
Me: George.

She cannot remember anyone other than Derek and Meredith. I honestly have no idea how she watches this show.

This was kind of amazing:

I can’t hear you. You’re not talking in to the mouthpiece.
I love that she calls it that.

Then we got to talking about Chicago

I don’t know how you’re going to handle it with the dog but that’s going to be your problem.

And some advice for when I go out

Rose: I told you to never leave your glass when you go to the bathroom and don’t let them pour anything while you aren’t looking? {she doesn’t want anyone to drug me.}
Me: Yes.
Rose: In fact, don’t drink. Who needs it? And make sure the cab driver waits until you get in the front door.

On getting her hair done

Me: How much do you pay to get your hair done?
Rose: $80
Me: That’s very reasonable for a cut and color.
Rose: That’s because I don’t go to those highfalutin places.

Rose: Did you hang your new mirror?
Me: Yes.
Rose: Where did you hang it? Above your sofa or someplace else?
Me: In the entry.
Rose: In the entry? {said with shock + disdain}
Me: Yes. It looks pretty there, and you can look at yourself when you walk out the front door.
Rose: Boy, that’s really narcissistic. You have to see how you look from the time you get up in the morning to the night.

A few weeks ago, we were on the phone having another one of our late night chats.

We were talking about how we have always had a special relationship. Aunt Rose loves all her great nieces but it is no secret to anyone that I am the favorite. Always have been, and always will be. We are both the oldest of 3 girls, so I think she has always felt a connection to me. And then there’s the fact that she said this…

“The first born is a miracle. That’s the one you make the most fuss over and after that it’s just routine.” I don’t know if this seems funny to anyone else, but if you knew Rose, you’d get it.

To avoid sounding full of myself, I am not usually the favorite. In fact, I may have been my grandma’s least favorite.

I think this was really funny, too. Rose asked what I was doing, and I told her I was working while we were talking.

“You do miracle things. You talk to me and you work at the same time. I’ve never heard of such a thing.”

After all, Rose will stay home for the day and not do anything because she is expecting a phone call. So doing 2 things at once actually does astound her.

Aunt Rose always asks how things are going with my “new thing” {aka scrapbook kits}. The idea of what I do completely confuses her. Up until a few months ago, she thought people printed their blogs and put them on the wall at home. When she found out that you have to go to the computer to see a blog, she said that didn’t make any sense and wondered why people would spend their money on something that you can only see on the computer. She also thought that because my kits would be “in a store” that I’d be working in a department store.

It took quite a few explanations to clear that one up.

She still has no idea what a blog is, and will say “is that from your internet?” as if it were this elusive thing that only I had access to.

The Best Etsy Shops for Babies…

Newborn Essentials For The First Three…

Toy Organization: How to Declutter and…

The Best Winter Gear for Babies…

Q&A: Therapy and Getting Ready for Baby #2