We’re Having Another Baby and It’s A… 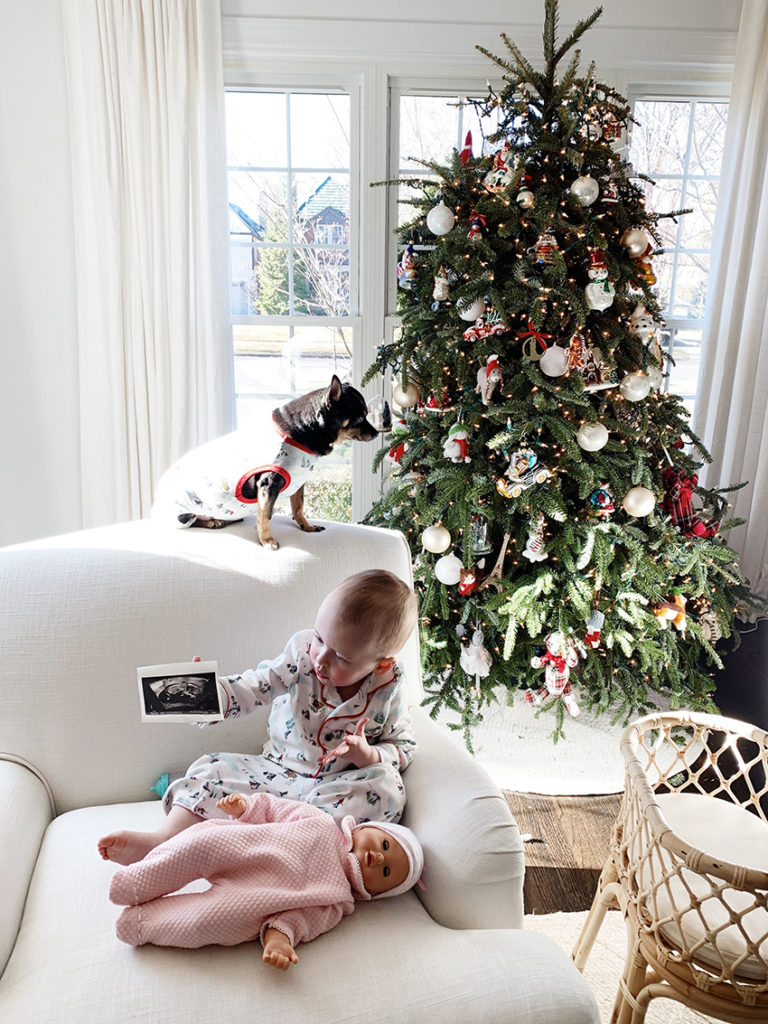 I still can’t believe I’m sharing this news with you so early and I honestly can’t believe that we even have this news to share, but we’re having another baby! I’ll be 13 weeks this weekend so it’s still early, but Margot is going to be a big sister! Our new little one is due July 4 – just 2 days before Margot’s due date and second birthday! We’re Having Another Baby and It’s A…

We’re Having Another Baby and It’s a…

If you follow me on instagram, you know that back in September, I found out I was pregnant with our second baby. Two weeks later, I had a miscarriage. I was only six weeks along and never heard a heartbeat or saw an ultrasound.  felt an emptiness I had never felt before. Doctors don’t even consider that a pregnancy (they call it a chemical pregnancy) but it felt like one to us. On some level, it helped to think of it as something else but it was so much more than a line on a test. My heart breaks for any of you who have endured a miscarriage at any point in your life. For those of you who have struggled to conceive.

I heard the stories of women who ovulated 2 weeks after a chemical pregnancy and then became pregnant, but was sure there was no way that would happen to me. A few weeks later, I had a cold and was about to take some cold medicine, but figured I should take a pregnancy test just in case and…it was positive. The stories I heard gave me hope and I hope my story might do the same for some of you. Especially for those of you who like me, are mid-late 30s and nervous about fertility. It happened so quickly and I do not take that for granted.

I couldn’t believe it then and it honestly still barely feels real. I know how quickly it can end, but also know that at this point, it’s likely everything will be ok, so I am trying to protect my heart while feeling hopeful. If something did happen, I’d tell you, so why not share the good news and have all of you in our corner, right? 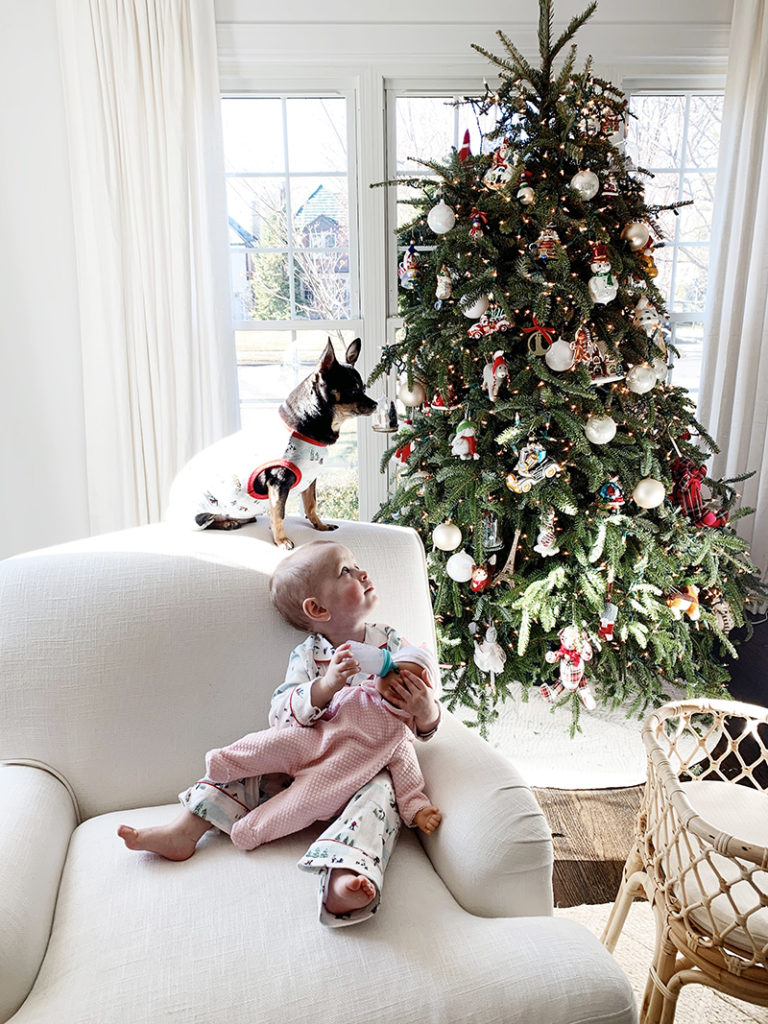 Last week, we got a call with the results from our early genetic testing and were so relieved to find out everything was ok. The ultrasound looked perfect, and we both felt a lot more at peace. I finally started to let myself feel some excitement and even ordered a little something for the babe.

Conor forwarded the baby’s sex to our friend Maura who wrapped something (pink or blue) for Margot to open. She snapped the photos below, too. It was such a sweet moment, and one that was exciting to celebrate with friends. Gender reveals aren’t usually my favorite thing but this felt like a special way to include Margot. The reality is that she doesn’t get it and probably won’t understand what’s going on once the baby is home, so this felt like her moment/

We would have been thrilled for a boy or girl because really, a healthy baby is such a gift.

That said, Margot is going to have a baby…. 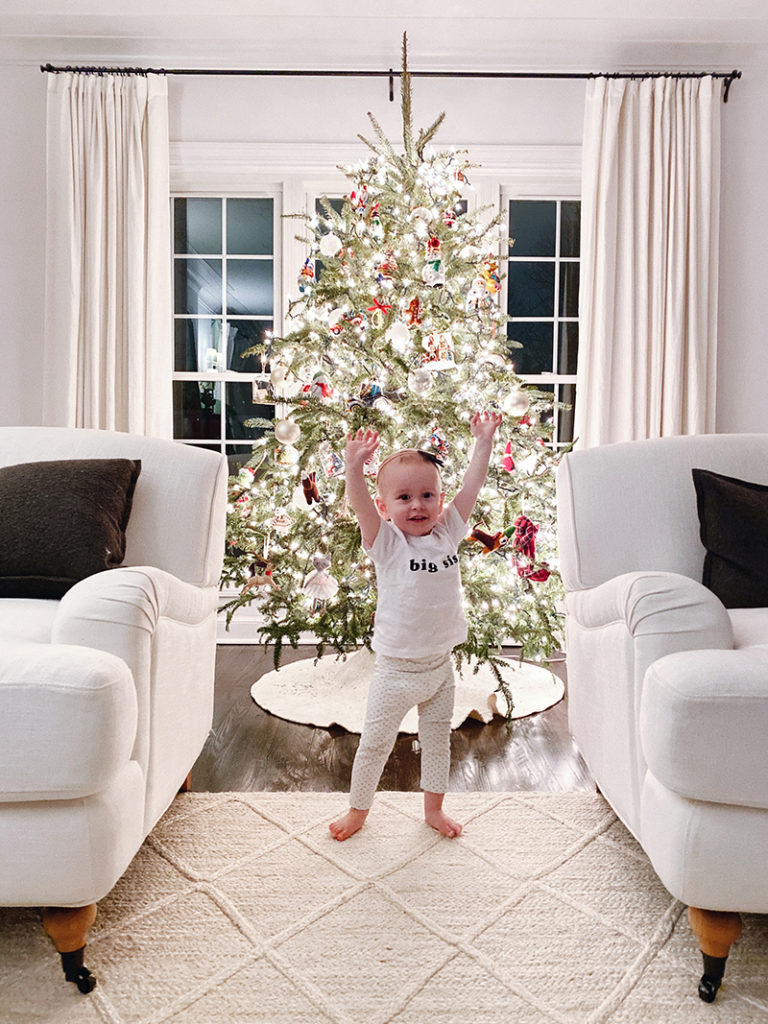 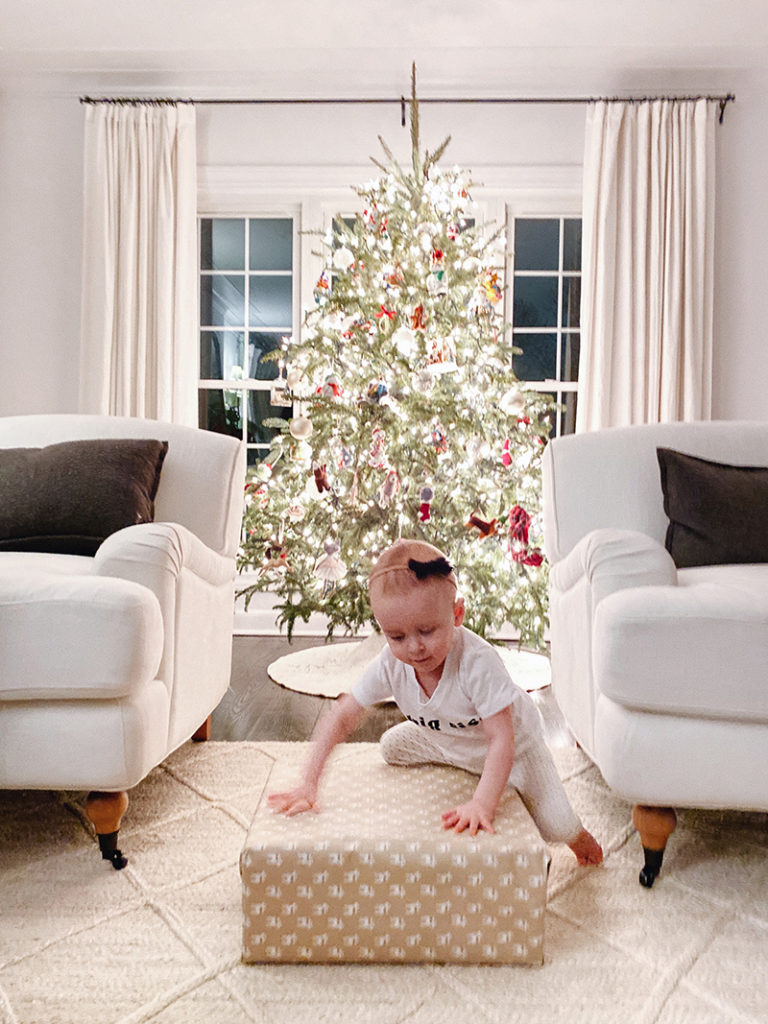 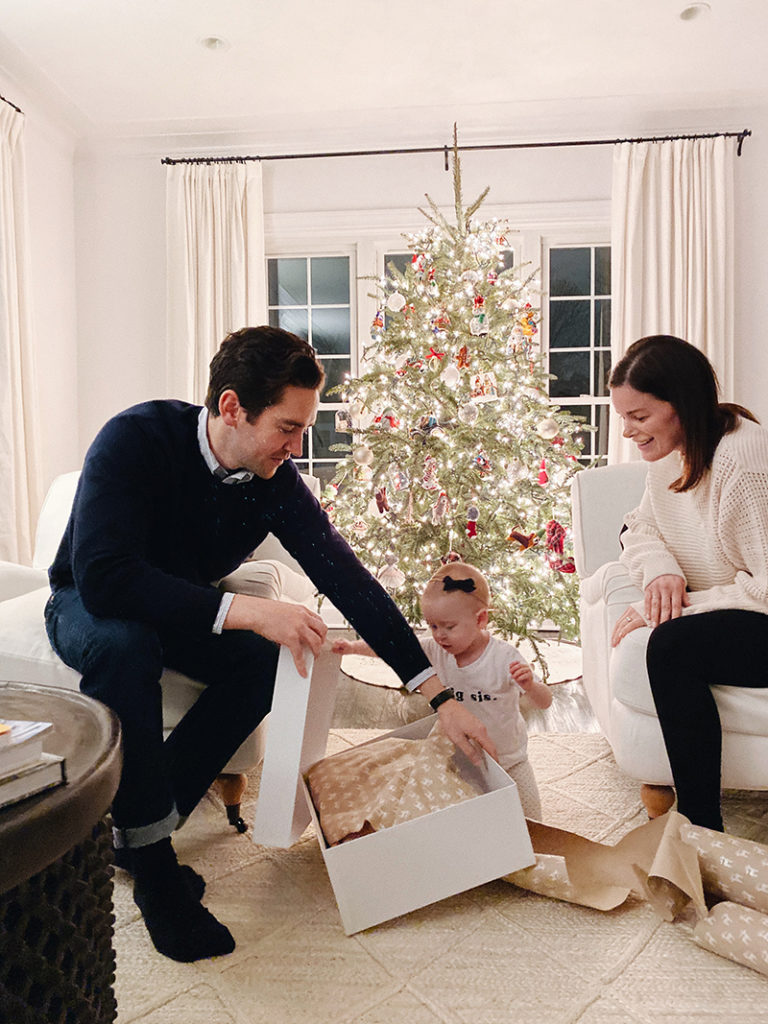 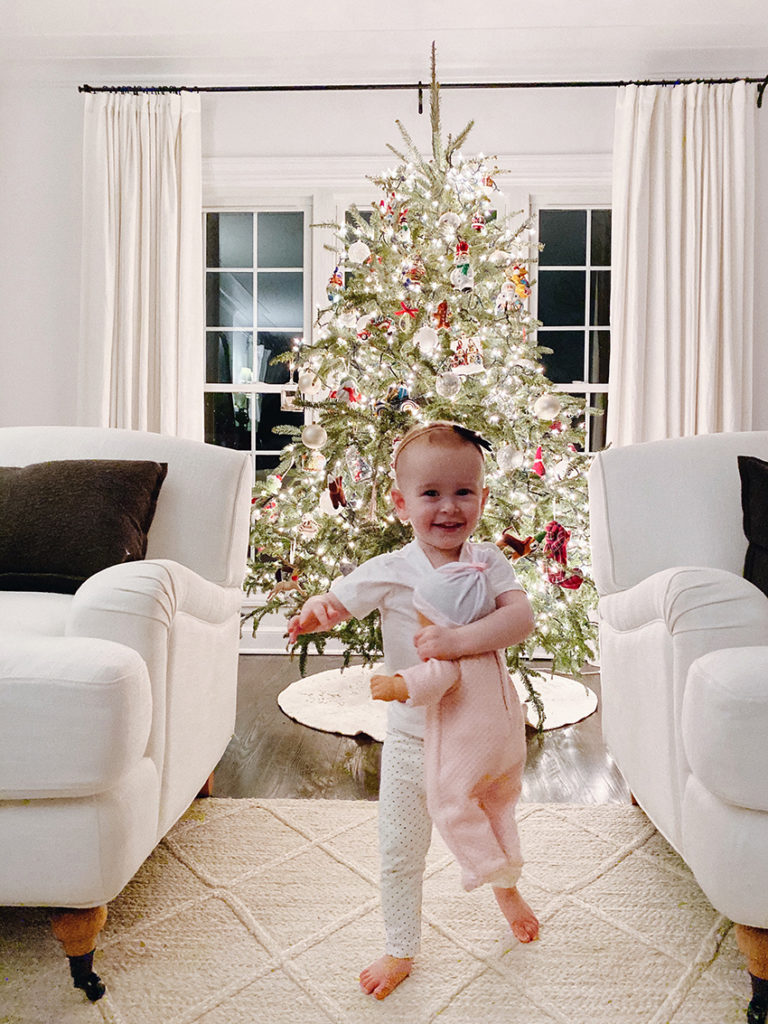 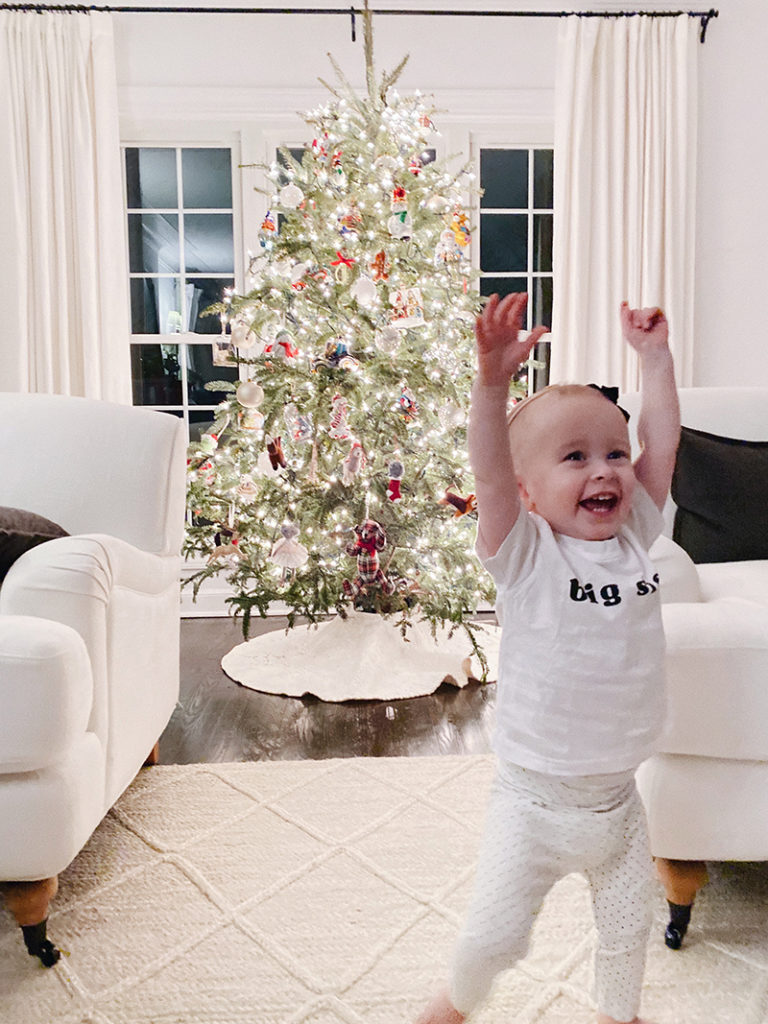 We are so excited to add another little girl to our family.

We would have been thrilled either way, but are excited for another girl. There are some things that make this easier, like passing down clothes. There’s also the fact that that we have a name that we both love for a girl. Of course none of that matters. I feel so lucky that I get to add another baby to our family. And I can’t wait to see Margot as a big sister!

Thank you all for your support back in September and for your excitement today. I am so excited to share this journey with you and am beyond grateful for each and every message. Sending you all so much love.

Easter Basket Ideas for Babies and…

The Best Apps for Toddlers and…

Transitioning Your Toddler from a Bottle…

Life with a Toddler and 16 Months of Motherhood