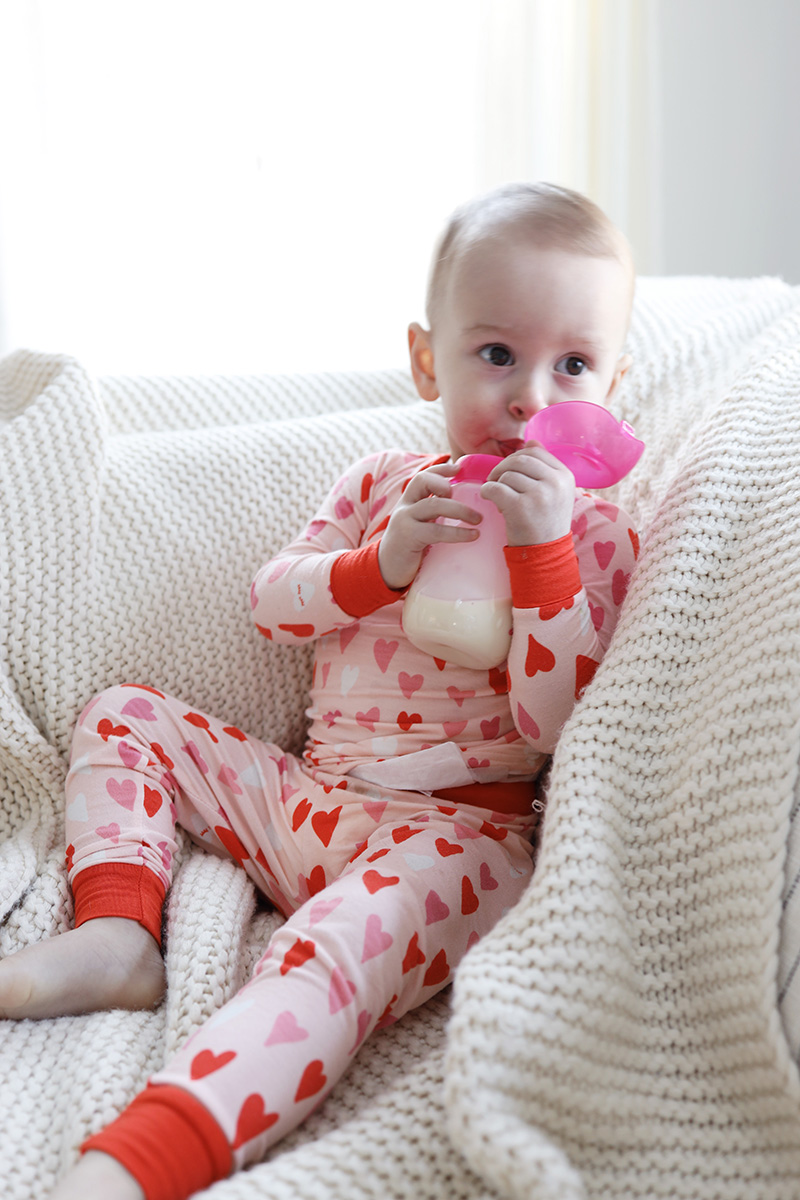 Transitioning from a bottle to a cup is something I was a little nervous about because my toddler wasn’t/isn’t a big eater and the girl loved her bottles. There’s not that much to this story, but because I get asked what milk we use and how we made the transition to sippy cups often enough, I thought it might help other parents to read what worked for us. So let’s talk about transitioning to a sippy cup.

Most of my friends transitioned from bottles to cups right when their babies turned one, but that didn’t feel right for us (ok, me) for a number of reasons. A reminder there’s no right way to do anything when it comes to parenthood. We can listen to other parents’ stories and learn from them, but our babies will all react differently and we have to follow their cues, even if that means doing things differently. But it always helps me to hear from other moms, so here’s our story. 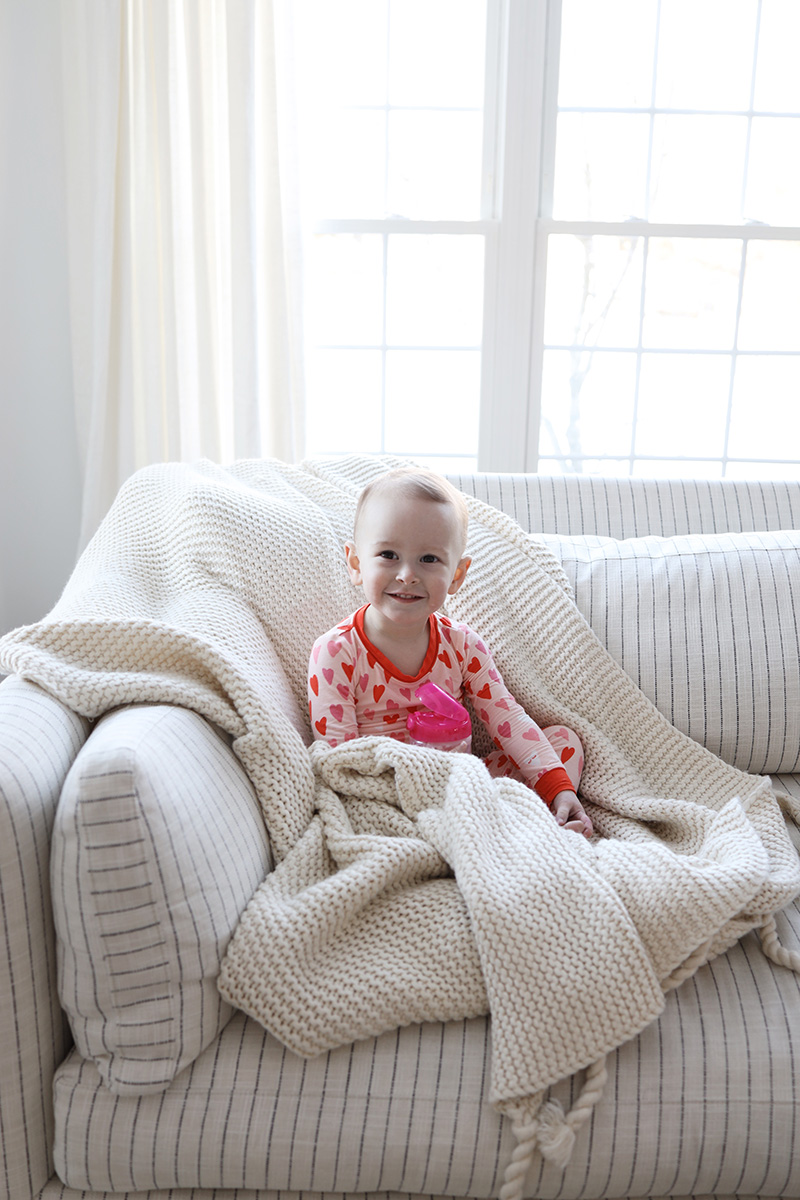 At right around a year, Margot started to dip on the growth charts a bit, so taking away her bottle when she was having three to four a day didn’t feel right. They were a source of much-needed nutrition, so I made the decision to see what happened with eating and her weight, and revisit later. We also had two week-long trips right after her first birthday, so I just kept going with bottles and formula until we returned. In late August after returning from our travels, we switched from Hipp Comfort formula to Ripple pea milk. Margot was almost 14 months old at this point. I made the decision to wait it out on bottles, and after an appointment in December, Margot started moving up on the growth charts again, and it felt like the right time.

Margot seemed to be very sensitive to dairy and my doctor recommend going plant based because of that. Cow’s milk never really made sense to me since it is designed to grow baby cows and she’s a tiny little human, so we did some research. Almond milk has 1G of protein per serving while pea milk has 8, so we gave it a try and she took to it right away. Per the doctor’s suggestion, we started slowly integrating dairy at a little after a year. She threw up after ice cream so we had’t tried that again, but she’s had a little cheese here and there and seems to be ok.

One day, I handed my 18 month-old a cup with milk instead of her usual bottle.

I explained that she wouldn’t need bottles anymore since she wasn’t a baby, and that she got to use cups now. Waiting until she could understand worked really well for Margot. I sat there waiting for a reaction but got one sad “ba” out of her, and then she took right to her cup. I. Was. Shocked. I realize this might not be how it goes for everyone, but I let worry delay this step for months fearing she’d stop drinking (because that’s rational?) and it was fine. Margot asked for a bottle maybe once or twice over the next day or two but did great.

Margot had been using these bottles, and I was advised by my doctor and a friend not to use spout cups.

I did try spout cups when she was much younger but quickly made the change to straw when the doctor recommended doing so. I was told that spout cups (like this one) are not that different from bottles and not great for your toddler’s teeth. Straw cups strengthen muscles and are much better long-term. Transitioning from bottles to a sippy cup to a straw cup sounded like too much work, so I tried straw cups first, and introduced them with water. We tried a few, so I’ll link everything below, and what we had the best luck with. 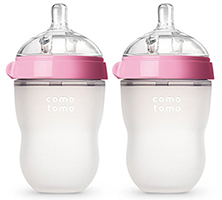 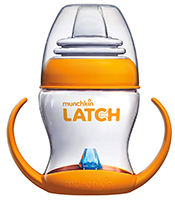 Margot had some feeding issues (reflux/colic – wasn’t officially diagnosed) but I tried a few bottles and these were the best for her. I do wish they were a little less bulky since they took up a lot of room in our diaper bag but plan to use them with the new baby since we already have them.

We used this cup with water when Margot was much younger, just to get her using something other than a bottle. Maybe 8 months old? I took it away when my doctor said not to use a spout cup, but can’t remember when that was. Maybe around 7-8 months? 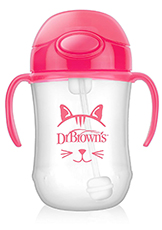 We have had the best luck with this cup. Margot loves that there’s an animal on it (we have the cat and bunny) and the straw is easy to use. We did snap the flip top off for story time / when we’re at home since it blocks her view a bit, but it pops on easily when we’re on the go.

Pea protein has 8x more protein than almond milk and is a lot better for the environment. It has 8g of protein per serving which is comparable to cow’s milk. I was really concerned about the lack of protein in plant-based milks, so this felt like the best option for us, and Margot really likes it. 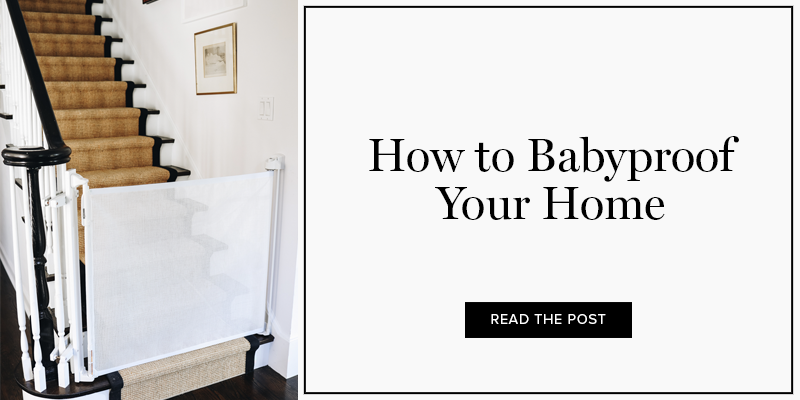 Toys That are Safe for Toddler…

The Best Single and Double Strollers

A Day in the Life: Working…