When Women Support Other Women (and When They Don’t) 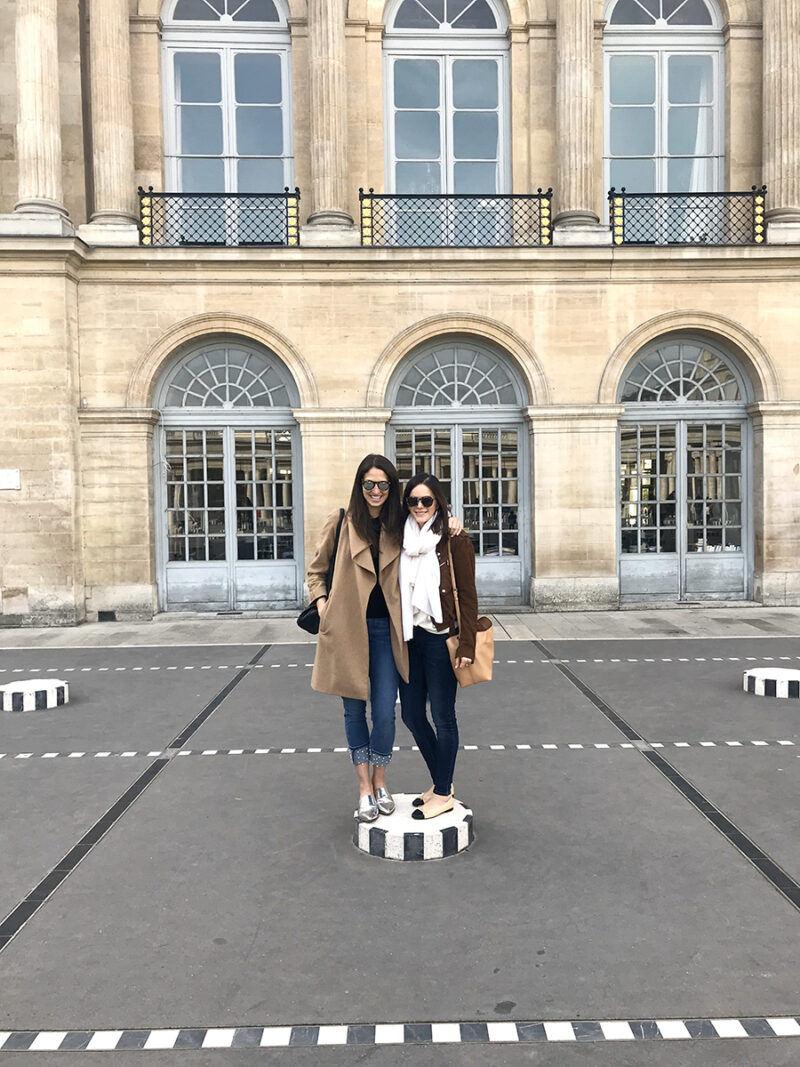 As an adult, I hoped (or assumed) that cliques, competition, and bullying would be a thing of the past. Sadly, I’ve learned that some women make it a habit of judging, labeling, and critiquing other women. It’s a lot worse than anything I ever witnessed as a kid. I’m making some updates to this original post – just clarifying a couple of things.

When Women Support Other Women (and When They Don’t)

I can only speak to my experience as a woman, and about my friendships with women. Females who identify as women. Mothers can be especially hard on one another. Mothers! People who are supposed to teach kindness and empathy to a new generation. The judgment, hurtful comments, bullying, and need to label other women is deplorable and it has to stop. Is this to say that men or people who are nonbinary never experience these things? No. I am speaking as a woman about my experience. I can see who my readers and followers are and it is almost entirely women. So it’s safe to assume that the people in those forums are…women. Maybe there’s someone who is nonbinary or a rogue dude who reads my blog, but that’s really not the point.

There’s a group of women out there who spend time in online hate forums.

They spend their free time saying mean and hurtful things about people they don’t know with other people they don’t know. Some are likely less active. Some snarky. And some are legit, cruel, bullies. It’s like a real-life online burn book for strangers. Nothing is off-limits: they’ll go after your looks, relationships, careers, and even children.

I used to read everything they had to say about me.

Reading those words was both unhealthy and damaging. Looking back, I’m not sure why I did it, but when I was about 7 or 8 months pregnant with Margot, something clicked, I stopped, and haven’t read anything since. It is my hope that they stopped, not because I care what they think, but because I have to believe that they haven’t wasted 3.5 years talking about me? 😜 I don’t know who these women are, but cutting ties with those grown-up mean girls was one of the healthiest things I ever did. There was a shift after letting their toxic bullshit go.

In the end, it all comes down to women not supporting women.

As a group of people who, historically, have been (and still are) marginalized, it is not ok. Men are hard on each other, but from my experience, they do not pick apart the way they parent and attack each other the way (some) women do. Women are judged for how they live, how much money they make, who they marry, if they hire any sort of help etc. Too fat, too skinny, not pretty enough, etc. Hell – we’re judged for how we feed our babies. Nothing seems to be off-limits anymore.

Over time, I started caring less and less about what other women thought of me.

Of course I want women to feel they can relate to me. I want to be helpful, show kindness and empathy, and be someone people enjoy following. It took time to learn that the rare nasty comments that trickle in on instagram say nothing about me and everything about the people who send them. It’s all about how they see someone, so even the positive comments are really about them, because it’s their experience.

Constructive criticism is always welcome and there is an appropriate and respectful way to engage with someone. Name calling or judging someone’s life decisions, appearance (I don’t even know where to start with that – it makes me sick) is never ok. It’s mean.

I am not one to judge people’s hobbies, so if spending time in a hate forum is your thing, ok. But bullying? That is not ok. Hate following seems like a not-very-positive hobby. In a recent conversation with my friend Dana,  she asked me to imagine the day-to-day lives of people who spend their time following people they don’t like, and then talking about them, or sending nasty messages to them online. We have one life, and only so many hours in a day. Imagine if they unfollowed the people that they clearly didn’t like in the first place, and used that time to do something good. They’d be happier and kinder. And maybe, they’d help others be the same way. I don’t expect to resonate with everyone, and I sure as hell don’t expect everyone to like me. But I will never understand using your time and energy to follow someone who doesn’t bring joy to your life.

Chances are that you have never sent a nasty message to someone online. I’m assuming (and hoping) that’s the case for most of us. But, we’re all guilty of judging (even silently). We’ve all done it, and as women, I think it’s especially important to think about why. Can we for a moment, imagine that someone else might do things differently, and that maybe it’s what’s right for them or their family?

I remember my mom having a falling out with a friend and then making fun of her behind her back. She called her names in front of me. Isn’t that sad? What if these women have kids and are just raising another generation of real-life Regina Georges?

Don’t tell women who they are

A few months ago, someone left a comment on my blog saying that I should just lean into my role as a stay at home mom. I don’t know that there’s any position I respect more than a parent who for whatever reason is home with their children. It is far harder than any paying job I’ve had, but this isn’t about the label/title – it’s about being labeled. I think it’s my job to tell people who and what I am. And why is it so important to define ourselves? Can’t we just do what works for us without a title?

More recently, someone left a judgmental and condescending message urging me to seek help after I had what I thought was a panic attack while thinking about my toddler’s upcoming spinal tap and chemotherapy. Feeling that level of grief and anxiety after going through what I have as a mother is normal, and I shared those feelings to normalize them. Now it’s obviously ok for someone to express concern, but I wonder what it would look like to message and ask how I am feeling. Do I feel supported? What was I worried about or feeling? I am going to assume that the woman who left that comment has not walked her toddler through cancer treatment and I truly hope she never goes through anything close to that.

Being upfront about taking anxiety medication, therapy, and the trauma I’ve struggled with helps other women who are struggling feel less alone. Almost all messages are positive, and I want to urge women to think about how they talk to one another.

I’m confident with where I am in my career, as a mom, and generally, with the decisions I’ve made. But not all women feel confident where they are and from the messages I receive, it seems that many of us are struggling. Attacking or labeling the wrong woman (and the wrong mother) could be extremely damaging. Maybe it’s their relationship status or where they are in their career? Women are judged for their relationship status, if/when they have children, the method of becoming a parent, how they parent, what they look like, how they feed their babies etc.

All of it has to stop.

What if I was struggling in my role as a mom?

What if I didn’t feel confident in my decisions or had something (anything) else going on that left me feeling uncertain and insecure? It is not right or fair to tell someone who and what they are under any circumstances. To ask someone if they are pregnant or if/when they want children. As women and for those of us who are parents (as people teaching a new generation) can we be better? Can we do better? We have to be mindful of the fact that we don’t know where anyone is mentally and the reality is that we never know the whole story.

It should be up to us to tell others who we are.

We’re all guilty of judging others in one way or another – even if the thoughts are just internal – and we can all be better. Instead of supporting one another and being in this together, some women choose to tear others down. If you’re a grown-up mean girl, imagine someone treating your child, sibling, or even you this way.

Most of you don’t need to read a post about being kind.

Honestly, I receive the NICEST and messages daily. Most of you are wonderful human beings. The online world can be a negative, hateful place, but it can also be one that brings women together. If you follow someone you want to talk shit about or send hateful messages to, please hit the unfollow button and move on. I unfollow anyone who doesn’t resonate, and it’s such a good feeling only letting in the people you enjoy hearing from. It is my hope that this post will be a reminder to do things that bring joy into your life. That’s who I want to be and what I want my blog to be.

To bring women together, help them feel less alone, and to make their lives easier, too. I can talk about difficult relationships with my parents or my early miscarriage, and remind women that they are not alone. When I hear from someone who can visit my gift guides that I spent days on who shopped for their kids in under an hour, that feels good, too.

I have always been mindful of including others.

Of wanting women to feel a sense of connection and togetherness. It is my hope that I’ll raise my girls to be the same way. Since the girls were babies, I’ve talked about kindness, being a good friend, and including others. We talk about how it’s a good thing that we can love whoever we love. I once told Margot it was “ok” and her reply was “no, it’s good.” and it was one of my best moments as a mom. When my girls are in school, above anything else, I hope I hear that they are kind and include others. Maybe it’s because at 28, I was the new girl in Chicago, and I needed a friend. Ten years later, I find myself starting another new chapter – a big shift in my career, friendships, and priorities.

I will continue to use whatever “influence” I have to help other women where they are. I will always stand up for what is good and what is right, so let’s be kind and support one other. 🤍

This post has been updated since it’s original publish date. I said that men “do not do this” and should have said that it seems that women can be

How I’m Reducing Stress and Anxiety

Hope and Goals for the New…

How to Deal With Burnout

22 Women-Owned Baby and Child Brands to Shop This Year