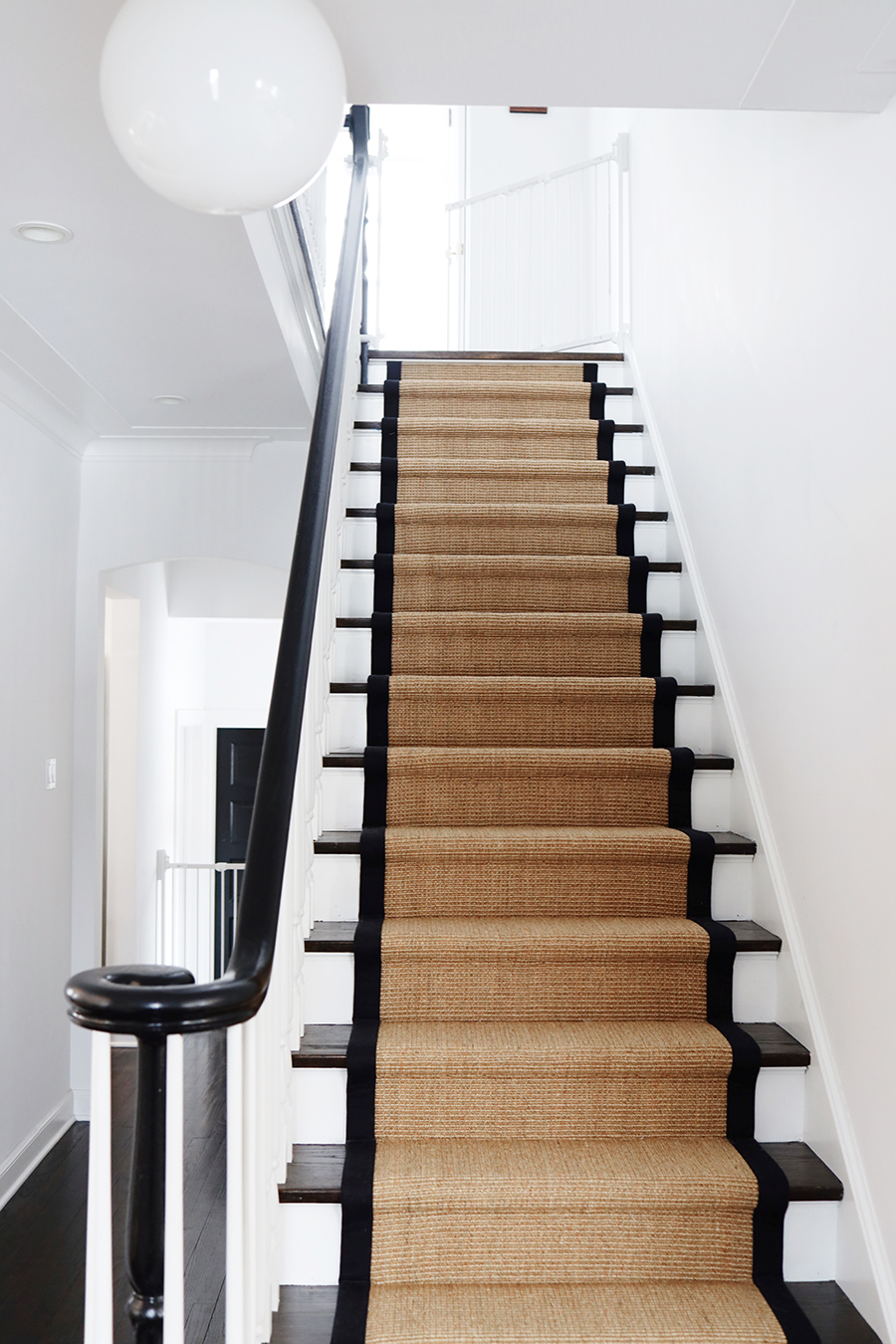 I love the look of a stair runner, and how it adds warmth to an otherwise plain (and slippery) staircase. As much as I love design, this choice was actually one that came down to function. When Margot was a baby, I slipped going up the stairs while holding her. She was fine but I immediately got a quote for a stair runner. The $3000 price tag felt like too much so I held off knowing we’d need to revisit once she started walking. Months later, Buddy fell down the entire flight of stairs, so I ordered some samples and figured out what I wanted almost immediately. 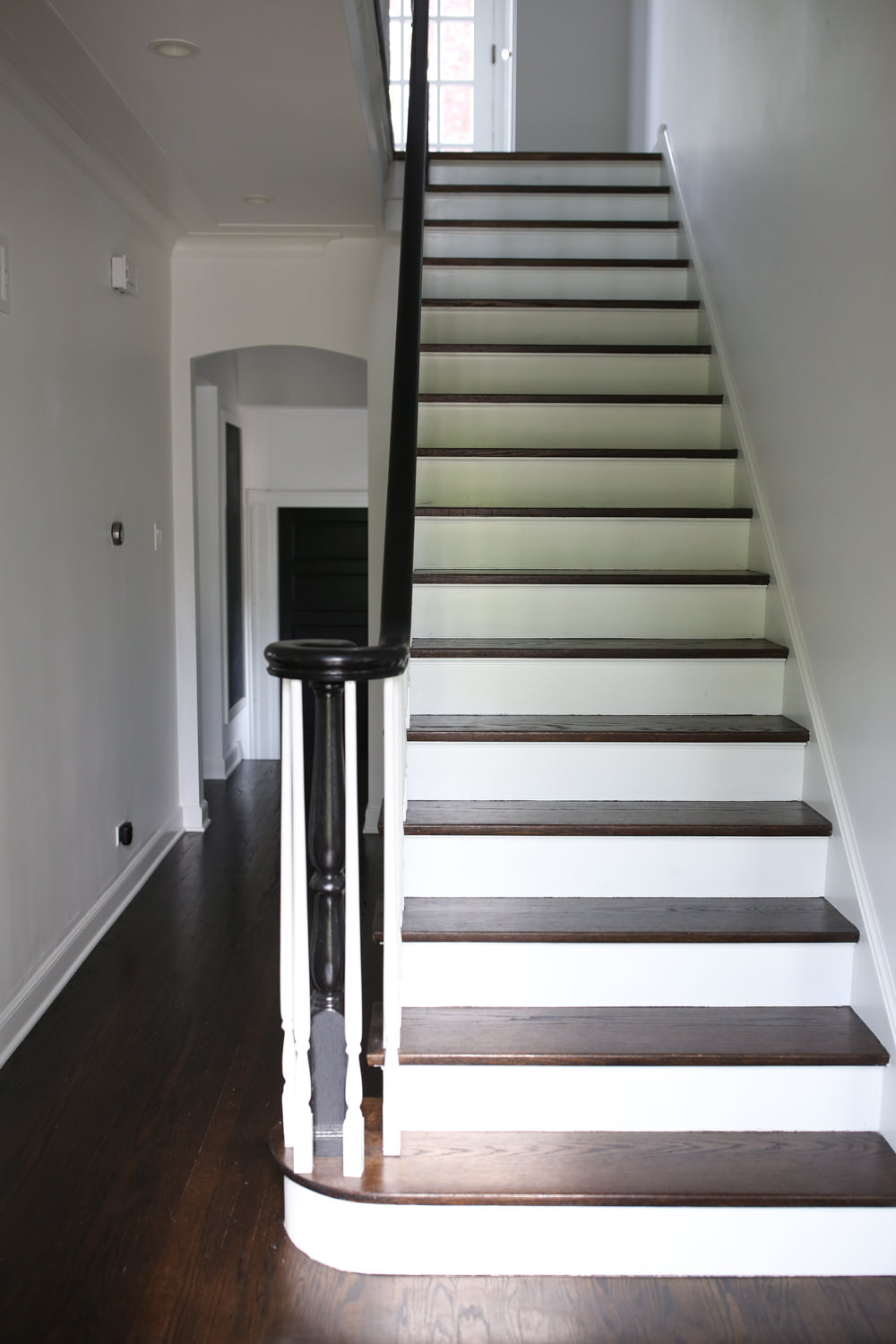 Our stairs actually looked like this for a very long time. They felt fine day-to-day but looking at these photos, seem so sad and empty. My friend Lauren Buxbaum’s townhouse staircase (which is a little more grand than ours) has always been a favorite, and I knew I wanted something similar in style. I know the look is wildly different, but I love the classic sisal with a black band. 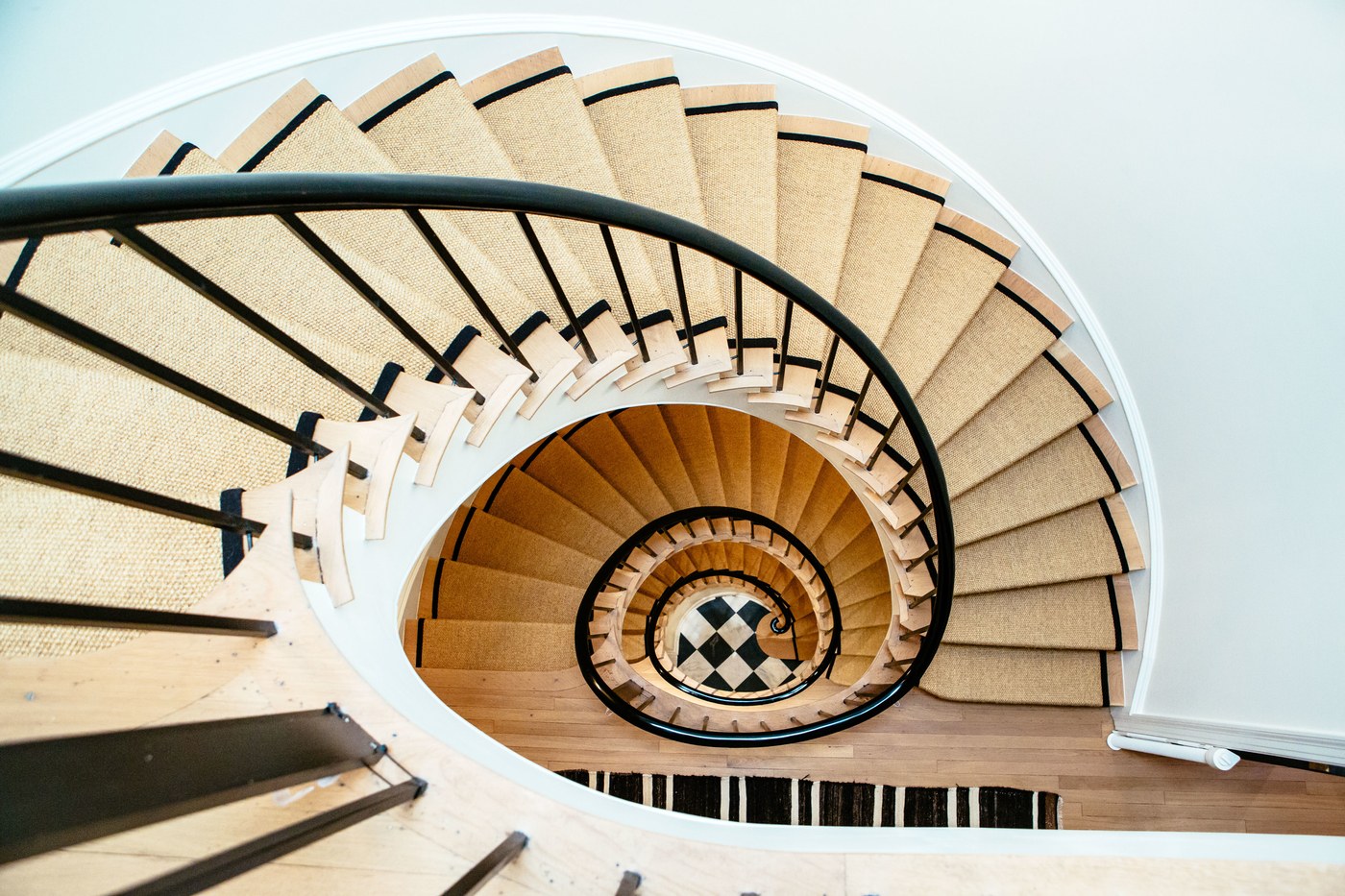 I ordered sisal swatches and the new quote was 50% less than the first – and installation took place less than two weeks later! It’s a softer sisal and very padded, so it’s quite comfortable and grippy. It’s also timeless and traditional, so there’s no risk (at least not for me) in tiring of the design. I went with Paradise in Cobble from DMI and  chose 2” black cotton banding. Sisal is not as soft as wool, but it is soft enough and gave us the traction I was hoping for. The installer added padding so it’s pretty cushy. I wanted to go a shade or two lighter but was too worried about stains. This has held up really well. 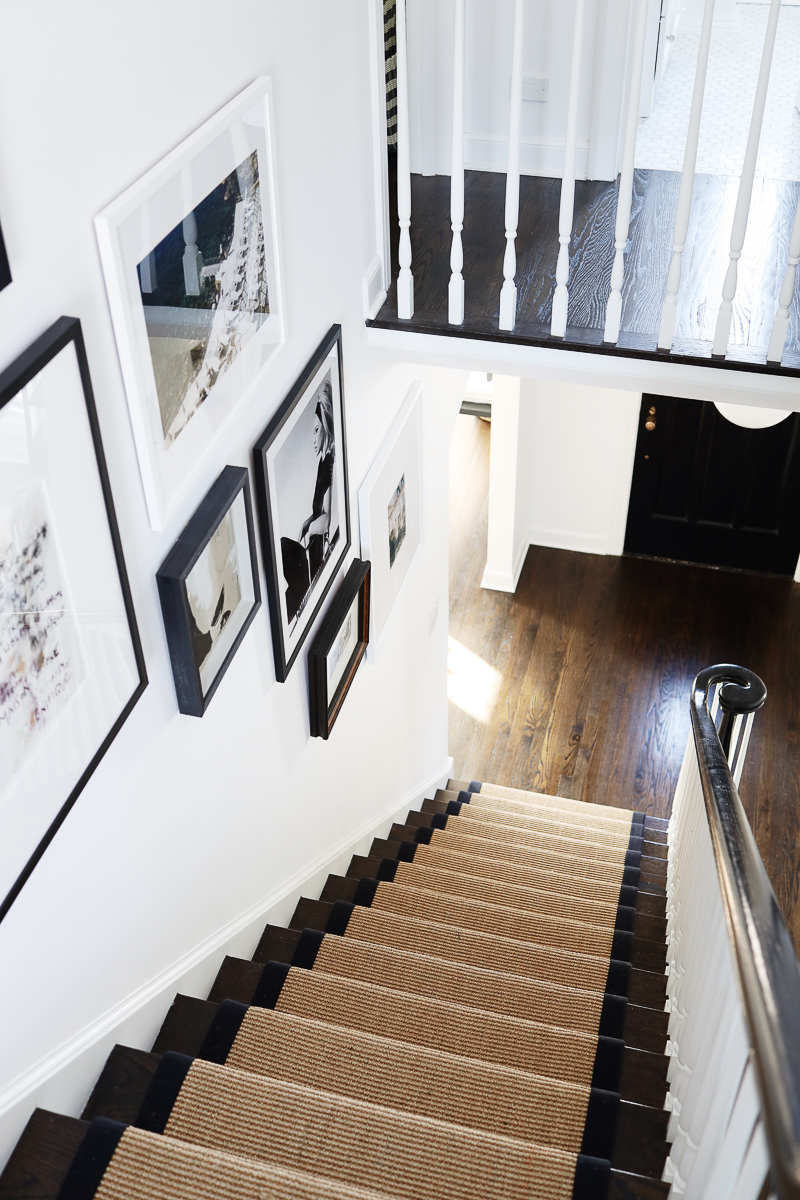 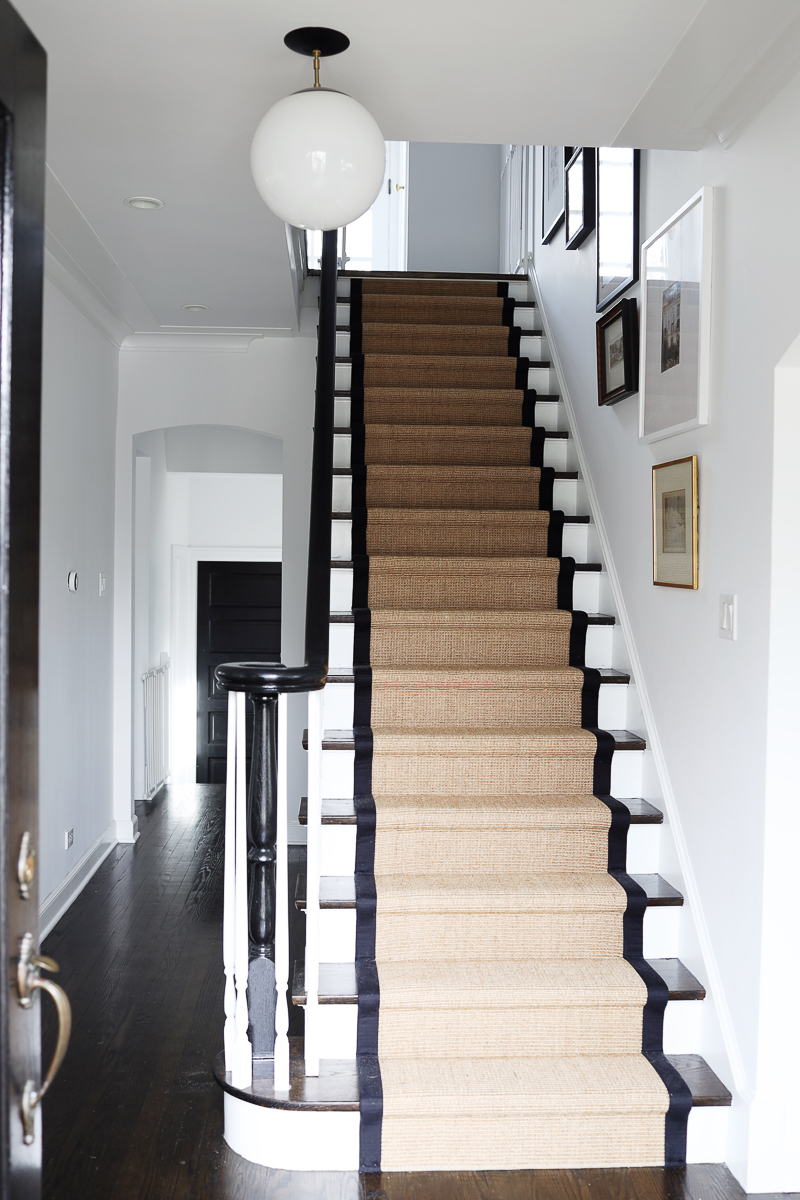 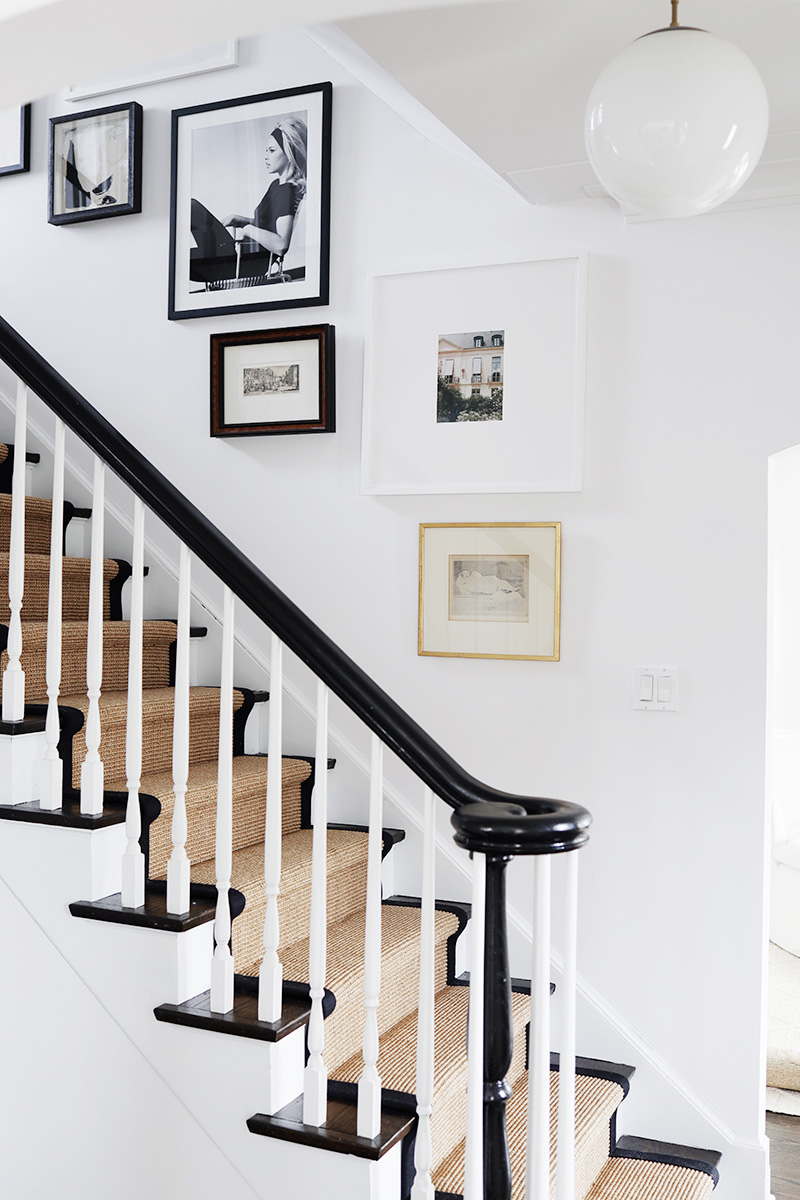 Here are the details on all the art in our stairway gallery wall. Thank you to my interior designer friend Kira David who ordered swatches and placed the order for me.

What to Buy at Williams-Sonoma

Home Tour Update: One Week to…

House Updates: The Living Room and…

What to Buy From the Studio…

My Home Tour: Before and After

The Best Ikea Finds That Look…