Finding The Strength to End a Bad Relationship 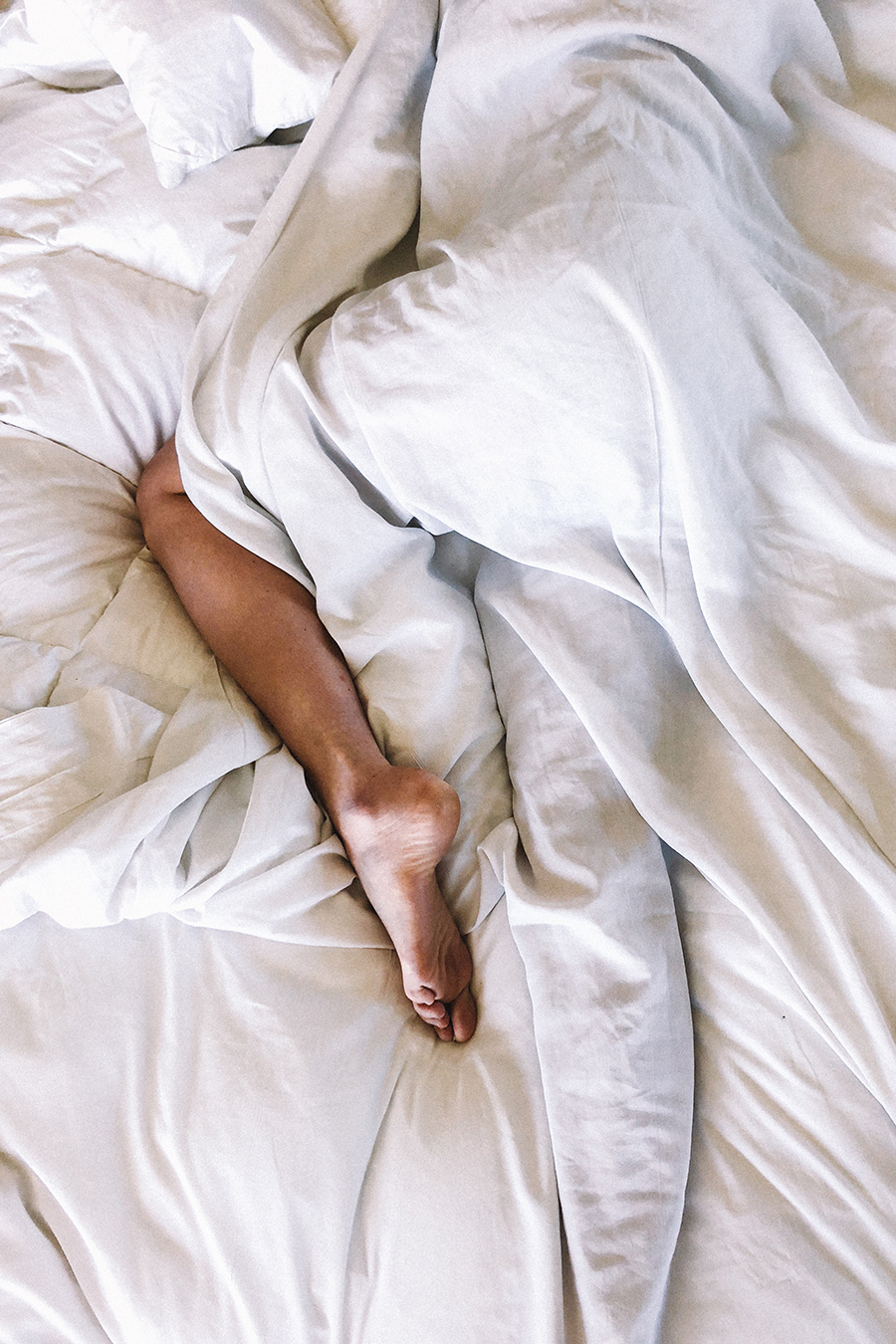 It took almost ten years, but the fog finally lifted and I found myself on the other side of my nearly decade-long relationship. For the first time in what felt like forever, I was happy and alone, the label I feared more than anything. Over the next few years, there were moments of loneliness that came with being single and dating, but I had never felt more alive.

There’s so much pressure to be in a relationship and once you’re in, getting out can feel impossible. Looking back, I can’t quite grasp how I let anyone treat me so badly, I also kind of can. Growing up the way I did, feeling unloved by my absentee father who didn’t see any of his four children, and being told I wasn’t good enough by my mother, I can see how I stayed in a bad relationship with someone who regularly tore me down. It’s what I was used to and what I thought I deserved. I’m not sharing this for sympathy. I’ve struggled with but accepted my story, it’s been so healing getting to be a mom to Margot, and I’ve been able to use what I went through to help some of you feel less alone, giving my past some purpose.

Bad relationships can be “bad” for a number of reasons, so today, I’m going to talk about what I went through, what I wish I knew in my 20s, and how I finally got out.

I spent my 20s with the wrong guy. A “bad” guy. A verbally abusive liar who met most of the characteristics of a sociopath. He lied about everything (his family, age, how he grew up, everything). I later found out from his mother that he had a lot of issues and did some very abusive and destructive things to his family. I met his family once during that time (years into our relationship) and did not meet a single friend. I’m embarrassed to admit this but he made so many excuses for them and who was I to judge someone who grew up with a family that wasn’t great? He had told me they were awful, and I believed him.

My husband has never met my dad (I haven’t heard from him since I was a teenager) and he’s met my mother twice. He also knows the whole story (everything). He knows what I went through, he’s read the emails, knows my friends, and has spent time with my sister. He knows me. Everything with “J” was hidden. Everything.

You’d think it would be common sense to cut ties with anyone who makes you feel terrible about yourself. With someone who keeps so much from you. With someone you found out lied about everything. But I can tell you firsthand that the relationship that was the hardest to end was the only truly terrible relationship I’ve ever been in.

It was month in when he showed me who he really was. I wish I could tell you what happened the first time, but the signs were all there. He was very unkind, verbally abusive, and belittling. He would tell me things he wished were different about me. Eventually, he would say that no one would ever want to be with me.

I should have run. If you’re with someone who doesn’t treat you well, please get out. You deserve so much more.

It took almost 10 years, breaking up almost 20 times, and my moving from LA to Chicago before I had the strength to walk away. He wasn’t the reason I made a cross-country move (can’t give him that much credit), but I was so unhappy at the time, living at my mom’s house (wasn’t a healthy place for me) in my mid-20s, dating someone who didn’t treat me well (also unhealthy) and struggling to figure myself out. I needed a change and part of that change, was growing on my own, so I moved. Even then, we dragged things on for almost 2 more years. One year, he came out for my birthday and threatened to leave that night. Finally, he called one day to say he needed space, and something clicked. I was thousands of miles away and we barely saw each other. How could he possibly need space?

I was done, and we never spoke again.

It might have been different had we been in the same city, so had I stayed, I would have needed to cut all ties, which isn’t always easy to do. He wasn’t really a part of my daily life at this point which made it a lot easier. It had been a long time coming and I was finally ready to live.

Here’s what I wish I knew back then.

When someone shows you who they are, listen to them. I wish I had broken up with him one month in, the first time he showed me who he really was, but he apologized and I allowed it to happen again and again.

How someone treats you when things are hard matters. If you’re going to be together long-term, you will go through some really difficult times, and you want a partner who will support you.

If most of the time you spend with this person doesn’t feel good and if most interactions are hurtful, it’s time for the relationship to end.

Stop making excuses for bad behavior. The person you’re in a relationship with is supposed to love you and be your partner. Are they treating you in a way that you would allow your best friend or sister to be treated?

We all deserve to be loved, cared for, and respected. The people who love us should build us up and never tear us down.

It’s better to be on your own than with someone who doesn’t treat you well.

You are not the only person who is single and your age even though it may feel that way.

Being single can be lonely and dating can feel like the worst, but neither of those things are worse than being with someone who doesn’t treat you well.

You will not be alone forever. Period.

Here’s more of what I wish I knew about dating in my 20s.

Getting stuck in a bad relationship could happen to anyone. Love can be tricky and messy, and once you’ve put your time into a relationship, it’s hard to admit defeat. The thought of being alone can seem so scary, but the thing is, I was far less alone when I was single and living a life that made me happy, even when I felt lonely. There is nothing lonelier than being in a relationship that isn’t good for you.

Am I REALLY doing this?!

The Best Women’s Pajamas and Loungewear